Post-prandial drowsiness: Why and what to do?

Author and references
Post-prandial drowsiness: Why and what to do? 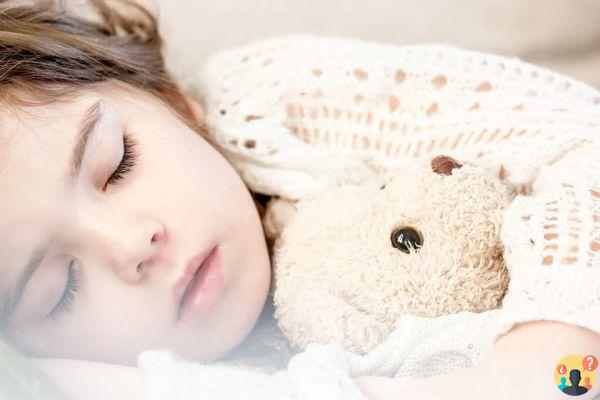 After a morning of work or study and a lunch to replenish energy, many people experience post-prandial drowsiness; this almost irresistible urge to take a nap before resuming the activities of the day.

While some manage to make time for about 15 minutes of sleep before returning to work, school, or college, others fail to do so and have to deal with returning to chores, often without being able to exercise as well. their activities.


Whether or not you manage to nap after lunch, some may have gotten used to it and consider the sleep that comes after a meal to be normal. Others may worry about why you feel sleepy after lunch and suspect that this desire to sleep after lunch may indicate that something is wrong.

But even knowing the benefits that napping brings to health and fitness, is this worry justified? Let's talk about what can happen to the body of those who are sleepy after lunch!

The mechanism of postprandial sleepiness

This is the scientific name for sleep experienced after lunch - the term postprandial means after a meal or after eating. Knowledge is interesting, but why is the phenomenon experienced?

The programming of the sympathetic nervous system is associated with fight, flight, hunting and foraging, which leaves the person excited, stimulated and crestfallen, in case they need to flee or fight off a threat or to look for food.


In turn, the parasympathetic nervous system is related to "eating and resting." It kicks in when after successfully eating food and receiving energy, the body prepares to rest and absorb that energy.

In other words, it is the activation of the parasympathetic nervous system after a meal that causes a person to relax and go into a "seize the moment" mode.

This is also when blood flow is no longer directed to the brain and becomes more directed to the intestine and stomach, since more blood is needed in these areas, which will bring with it oxygen and energy for the digestion process. . .

Due to this reduced blood flow to the brain, the person is somewhat slower, harder to concentrate, and drowsy.

Eating too heavy and fatty meals at lunch is also a mistake because they make the digestion process difficult and require a lot of blood circulation to be digested. As we just saw, this increased blood flow to digestion decreases blood flow to the brain, making a person more drowsy.

Fats slow down the digestion process because they take a long time to be digested in the stomach and absorbed in the intestine. With this, the body is for hours with more blood flow in the digestive system and with less blood flow available to the brain.


The Problem With High-Carb Meals

Fatigue after lunch is also linked to insulin spike. When consuming a high carbohydrate lunch, a spike in blood sugar (glucose) will be produced. In response to the high circulation of glucose in the blood, the brain will order the pancreas to secrete insulin to store all this sugar, because too much glucose cannot circulate in the blood.

Here it should be clarified that insulin is the hormone that helps the body convert glucose into energy or store this sugar in the muscles, liver or as fat to be used later, just in case any the glucose would not be used as energy in the body time.

In some cases, more insulin than needed may be secreted, such as in people with type 2 diabetes: for these people, the tendency is to secrete more insulin because the disease is accompanied by peripheral resistance to insulin.

When there is too much insulin, too much glucose is stored, causing blood sugar levels to drop. Thus, a kind of rebound effect is produced, which causes a drop in energy, fatigue and drowsiness.

This is why it is very important to pay attention not only to the quantity of carbohydrates consumed, but also to the quality of the carbohydrates ingested at lunch. Consuming too much white bread, white rice, white pasta, sodas, and other sugary drinks will trigger rebound hypoglycemia (low blood sugar), with the symptoms mentioned above. Here are some examples of healthy carbs you should focus on.

But beware: this rebound hypoglycemia will not be seen in people with type 2 diabetes because they have trouble lowering their blood sugar.


What will happen to type 2 diabetics is a state of stress, fatigue and sleep precisely because their blood sugar levels will be high and the body will continue to command insulin secretion, a hormone which, in a state of disease, cannot fulfill its role. role of collecting glucose as it should.

Learn more about the type 2 diabetes diet and talk to your doctor and nutritionist about all the care you need to take with your diet to keep your particular diabetes condition very well controlled.

How to compose the meal so as not to fall asleep after lunch?

The main recommendation is to eat fewer carbs with a higher glycemic index, i.e. lower quality carbs – here are some examples of good and bad carbs.

These fast-absorbing carbohydrates are the ones that will produce blood sugar spikes and trigger the fatigue explained earlier. On the other hand, slow-absorbing carbs cause sugar to enter the blood slowly and not trigger the glucose and insulin spikes explained above, which are associated with the rebound hypoglycemia and drowsiness that accompanies him.

It's also important to eat plenty of leafy vegetables, legumes, and lean proteins like chicken, fish, or a leaner cut of beef, because without as much fat in the meal, digestion will go faster and there will be more blood flow to the brain. .

The dish can even be seasoned with a good source of fat like olive oil or a healthy avocado dressing. However, you should not overdo the amount because although these are good fats, these examples are still fats and therefore slow down the digestion process.

While carbohydrates are best absorbed slowly, too much fat is undesirable to slow down digestion. By following the eating pattern presented above at lunch, it is expected that digestion will be faster and the person can be more productive after the meal.

Relieving Shoulder Pain At Night: How To ❯

add a comment of Post-prandial drowsiness: Why and what to do?