Dream about being killed: What meanings?

Author and references
Dream about being killed: What meanings? 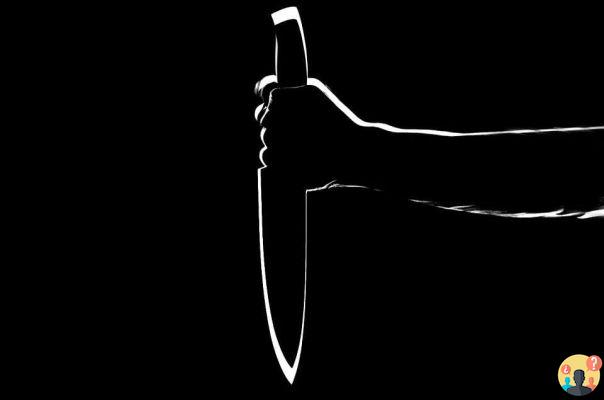 Dreaming of being killed and waking up at the time of the crime is more common than you think. Throughout life, we go through many anxieties, fears that invade our heads, and at some point this results in several nightmares. But... what do they really mean?

To draw definitive conclusions about the dream in which you are murdered, you must first analyze the context in which it occurs. Since it does not have the same meaning according to its precise details.

In addition, it is necessary to take into account your romantic situation and the circumstances you are going through, because something as simple as making a decision can be what causes this nightmare.

What is the meaning of dreaming of being killed?

The fact that you are murdered in the dream is usually a depiction of the lack of freedom in real life.

Do you want to dedicate yourself to a profession but everyone tells you that you will fail? The bank did not give you credit to buy a house or to start a business? Have you recently argued with your partner because he won't let you make the changes in the house that you want so badly?

However, it is possible that you do not feel identified with this interpretation, because dreaming of being murdered can have other variants with completely different meanings.

Dream about an animal killing you

Was it an animal you hated that was killing you? It is completely normal to dream of spiders killing you or crocodiles eating you and sharks catching you. This extends to all sorts of animals that are to be feared.

When they manage to catch you, this nightmare reflects a passive personality of the person dreaming it since they weren't able to flee or confront the insect, or their problems in real life.

To dream that an enemy kills you

It is also common for the subconscious to show you people you hate committing crimes against you. If you have a 'hate' who tries to betray you behind your back, without you realizing it, the likelihood of such dreams in which someone kills you increases.


Dream about a friend killing you

If during the nightmare the person who comes after you is a family member or a loved one, it can mean two things.

Dream about being shot

If you dream of being shot, the dream also has a special meaning. In this case, it means thatthere is someone trying to hurt you. So you should think about all those people around you, because some of them might not be as friendly as they seem.

Dream about being killed in the back

This dream is synonymous with betrayal. A way of referring to the fact that they betray us and we don't find out. People who don't show their face but really lie to us and deceive us in the worst way. Betrayal can come in different ways and a dream like this indicates that we need to open our eyes wide.

Dream about being chased and killed

Dreaming that you are chased and killed is another of the most distressing dreams. But sometimes we come across it and want to know what is the most general interpretation that can be given.


If someone persecutes us in dreams, it is related to distrust and pain that others generate in you. Which results in total disappointment. It is synonymous with vigilance and lack of confidence. You don't always have to carry the meaning in a literal way, like dreaming about death, which has wide options.

Dream about being shot in the head

To dream of being shot in the head is interpreted as a shocking event that is going to happen in our lifetime. It's not always negative, but of course it will be something different and something we can't stop thinking about.

This can be quite a drastic change that will mark us both for good and bad. Dreaming of being killed with a gun is one of the dreams that puts us under the most tension, and that sometimes we cannot realize because we wake up before everything happens.

Dream about being killed with a sword

If you dream of being killed with a sword, there are several interpretations. Because on the one hand, dreaming of swords has a sense of power and worth. Although it can be said that in this case, there are mixed feelings between anger and more intense emotions.

But from there, dreaming of being killed with a sword then indicates that we must become aware and change our behavior towards others. Perhaps we give an image that does not correspond to us.

Dream about being killed with an ax

This can result in the fact that we will only achieve our goals if we really make an effort. But it takes a lot of effort to see such results. In this dream the weapon is the one that plays an important role.

Dream about being killed with a knife

Dreaming of being killed with a knife or being stabbed to death also has its interpretation. In general, we are going to talk about get rid of something that doesn't suit you. Its translation is therefore not as negative as one might imagine.

Although on the other hand, it can tell us that if we don't do things right, our reputation can be at stake. Stabbing has to do with traps, so we have to be careful of the people around us. .

Dream about being killed many times

In general, dreaming of being killed is synonymous with betrayal, when it is repeated in the dream, it means that we haves more envious people around us than we thought. All of this makes us reflect and think about whom we place our complete trust in. When we face a recurring dream, our subconscious tries to tell us that there is something we haven't resolved and it keeps haunting us.

Dream about being drowned

This problem can come from several sides. You must try to find it and apply the best solutions or treatments before it gets worse. Remember that it can also be a one-time stress. But again, we should know that a similar problem exists. 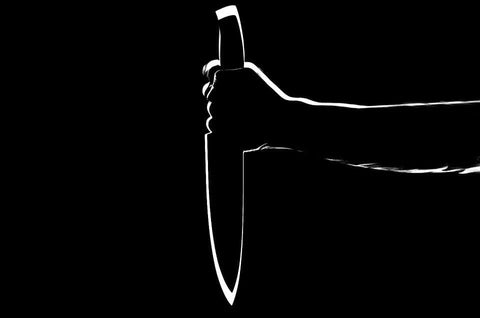 Dream about being killed and dismembered

Dreaming of being killed and then being resurrected

Dreaming that you are murdered and resurrected is another of the possible dreams. But in this case it means you live blaming you everyday. Yes, to dream that you are resurrected is to have another opportunity to believe a little more in yourself and to put an end to some situations that have not been resolved.

Dream about being kidnapped and killed

To dream of being kidnapped is synonymous with a reflection of your life. This dream comes to say that you you feel trapped and it makes you not follow through on your goals. Keep in mind that a good time relationship will eventually break down. Which causes terrible sadness in you, but in time you will realize that it was the best thing that could have happened.

Dream about being chased and killed

To dream that you are being chased to kill you indicates a great lack of self-confidence. Something you need to change to feel stronger. Moreover, it is also a warning sign, because someone around us can deceive us.

To dream that they kill you and also your whole family

To dream that you and your family are killed is synonymous with future problems. But not very serious, because they will be caused by our lack of confidence. So if we think about it a few times before, we will try to avoid them.

Yes, perhaps it is another meaning that puts us on alert and that we must take into account. If your family is killed and you haven't done anything to prevent it, it indicates that we know the tricks of the people around us but cannot stop them.

Dream about being killed in an assault

To dream that you are murdered in a robbery or mugging symbolizes that completely relevant information will reach your ears with the firm intention of changing your ideas for the better. On the other hand, you must pay attention to all the problems and not ignore them because they could have consequences. Remember that dreaming of theft reveals financial problems.

Dream about being killed with a bomb

Just dreaming of a bomb reflects theturmoil we experience every day of the week. If you see how the bomb explodes, it indicates that you are suppressing too much of what you are feeling in every moment. But it all has to come out somewhere. We therefore interpret all this as synonymous with anxiety and other preoccupations.

Dream about being killed with stones

Dreaming of being killed with stones is related to bad behavior and general anger. But if you are stoned, it means luck. But there are also many others that indicate that you have become the target of someone who is generally stronger. (See Dreaming of Stone).

Dream about being beaten to death

The dream of being beaten to death is a bit complicated to live in a dream. Because on the one hand, it symbolizes the fact that you feel frustrated and misunderstood in front of the people around you. But you're also a very vulnerable person and it hurts when they don't accept your ideas. Therefore, you have to impose yourself to also show your strength.

Dreaming about being killed by collateral damage

Sometimes we look for those changes in our life that are not always favorable. So, first of all, we always have to think twice if we want to take a step that affects our livess. We can get rid of some problems..

Dreaming about your ex with his new girlfriend: What meanings? ❯

add a comment of Dream about being killed: What meanings?