Dream of eating meat: What meanings

Author and references
Dream of eating meat: What meanings 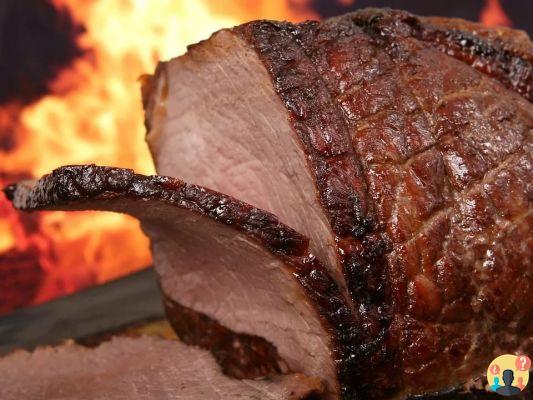 Dreaming about eating cooked or raw meat can have several meanings depending on the details of the dream.

In the dream world, what becomes a dream image is usually an allegory of feelings and emotions experienced in real life. Each dream has its own interpretations, but the symbols do not have a universal meaning, since they can represent different things for each dreamer, thus determining different explanations.

Flesh, for example, is a pretty strong dream symbol, which can have a positive or negative meaning depending on the circumstances of the dream and the thought of the person who had it. In principle, dreaming of eating cooked meat or cooking it has a positive meaning, because it still represents a food luxury that is not allowed every day.

In particular, if the meat is a thin fillet, cooked to perfection and served on the table as a gourmet dish, it is a sign that in real life we ​​appreciate our successes. Or we are simply waiting to achieve an ambitious goal that we have set for ourselves, certain that the goal is near.

But cooked meat can also be something indigestible, especially if the dreamer does not like this type of food and identifies its consumption as a kind of punishment. We know that when we were children, certain dishes were undesirable to us, such as liver or other pieces that our parents forced us to eat.

In this case, dreaming of eating cooked meat, if it disgusts us, can precisely represent having to face situations that are heavy for us. And if the meat is even raw, the meaning of the dream changes further, becoming both an exasperation of the condition described above and a representation of something unfinished.

Usually, with a few exceptions, meat is a food that must be cooked before becoming a dish to be eaten. But having to eat this raw food can mean that we are far from a goal that we have set for ourselves, just as we can also feel rather disappointed with a project that has not been done as we wanted.

For some dream experts, raw meat is also a transposition of the self and can identify both a lack of attention to oneself and an emotional closure towards others.

Dream of mango: What meanings ❯

add a comment of Dream of eating meat: What meanings