Dream about tornado: What meanings?

Author and references
Dream about tornado: What meanings? 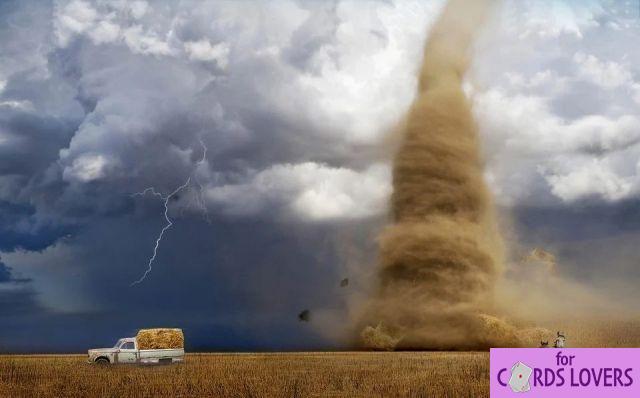 Dreams are considered a source of important revelations about the human psyche because they are the fruit of the subconscious, which never creates them randomly. But, given its so veiled and fragmented appearance, regularly illogical, and the impossibility of knowing whether certain dream content implies something meaningful or not, dream interpretations have focused on finding a way to replace its illegible elements by clear elements.

Dreaming of a tornado: a warning

In general, dreaming of a tornado implies a warning. If the hurricane manifests with great force, the problems you will have to face will be very strong. A tornado in a dream can also indicate that you are going through inner conflicts. Climatic turbulences represent great challenges that you will have to face.

The interpretation due to Sigmund Freud, on tornadoes and hurricanes, is linked to the power of the libido and, more precisely, to the orgasmic force. Tornado dreams reveal fear of sexuality, as well as the passion it produces.

Other versions of dreaming about tornadoes

According to the symbology proposed by Carl Jung, the hurricane is something that rages through submission to devastating and evil powers.

This type of dream, seen from analytical psychoanalysis, has a compensatory function. It is possible that when you complain about a flat life without major shocks, dreams become very restless, such as experiencing tornadoes, whirlpools and storms.

Dreaming of tornadoes: means of interpretation

It is common for people to give value or interpretation to dreams through two means.


On the contrary, a second popular method has sought to shed light on the content of dreams through decipherment, based on the idea that the dream is a kind of secret writing. Understood in this way, dream images would be signs which can be substituted, thanks to predefined keys, by others of known meaning. 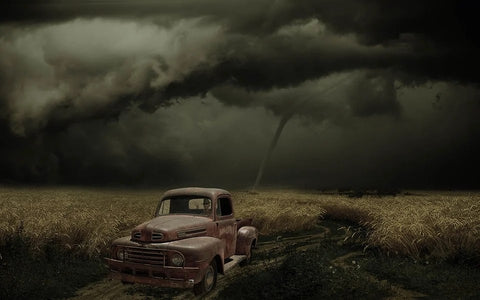 The personality and situation of the dreamer

Not only the content of the dream must be taken into account, but the personality and situation of the dreamer as well. Similar dreams have different meanings for rich, poor, single or married, etc.

The important thing in the method that seeks to "decipher" the dream is that the interpretation is not based on the entire dream, but on each of its elements. The dream is seen as the sum of its parts, in which each fragment requires a unique interpretation. The experience of impossible, incoherent and imprecise dreams is at the origin of the method of decipherment.

In this sense, dreaming of whirlwinds and strong wind movements regularly has several meanings. It all depends on the immediate events happening in your life. A life with great changes, which happens dizzily, can lead to dreams of tornadoes and whirlwinds.

A complicated life, full of suffering, can also manifest itself in whirling dreams. Worries manifest in the unconscious through such dreams.

Indeed, tornadoes being turbulent natural entities, dreaming about them is linked to great transformations in human life. These unforeseen changes are directly linked to the evolution of the subjects' lives. They can be positive or negative, it all depends on the context of the dream, where the tornado appears and the reaction of the person experiencing the dream.


Interpretations related to the dream of tornadoes

Dreaming of tornadoes symbolizes a big challenge that we have to face. Positive emotions in the dream indicate that you will overcome obstacles. On the other hand, if the emotions are negative or the dream is tragic, it is to be expected that the person will have a great fear of failure and be suspicious of their ability to overcome setbacks in life, such as losing family or friends in an unexpected way.

Tornadoes are one of the most common dreams. For example, the dream where we see a tornado that tends to lengthen could be the mirror of personal events that it cannot resolve. Meanwhile, dreaming of a white tornado could represent a rift in your religious and spiritual beliefs.

An event of yours has caused you to question your belief system. If the tornado is black, there may be something in your life that is standing in the way of change. Identify what the product will be very important in your life.

Dream about dying in a tornado

Dream about dying in a tornado involves failure in the face of adversity . It is a reflection that you do not feel able to solve a family or personal problem. In the midst of this anguish, the content of the dream takes the form of a tornado from which the dreamer cannot be saved.

Trying to escape a tornado can also be interpreted as the unconscious expression of a personal situation in which you believe toxic people are influencing your behavior. The appearance of problems and the fear of them can also appear this way in your dreams.

Dream about several tornadoes at the same time

Dreaming of multiple tornadoes is interpreted as multiplication of problems in life of those who have this type of dream. Perhaps there are several people who disturb your life, this instability could come from emotional relationships or couples.

To dream of three tornadoes can mean that conflicts are coming from all parties and areas, like some sort of bad streak that seems insurmountable. Appreciated, therefore in the opposite sense, tornadoes can be interpreted as liberators from all that is negative.

Dreaming of tornadoes and water

Water in the conscious world is related to life and could possibly have a negative connotation depending on one's behavior. Dreaming of a water tornado indicates the passage from a situation of peace to a situation of agitation. (See Dreaming of water")

The rain tornado symbolizes the onset of nostalgia and depression. Rain can be associated with feeling sad, so dreaming in this way can signal a personal stage of changes that lead to pain and sadness.

The dream of tornadoes in the sea is interpreted in the same way as when dreaming of water tornadoes. If you dream of a tornado above the sea or see a whirlpool rising above, it means that you have faced recent changes in your life that have destroyed your inner peace.

Dreams can be important signs of what is happening in conscious life. When you dream of electric tornadoes, your life may go through emotional whirlwinds, unexpected changes that have thrown you off balance.

Dreaming of a tornado on a beach

When the tornado appears on a beach, it is associated with a mental instability, due to decisions that were not the most correct. (See dreaming of the beach).

Dreaming about a tornado suddenly appearing

The tornado can also appear suddenly. It's possible that there are situations in your life that you don't know how to handle that manifest in dreams like this. Also, it is interpreted as the fear you feel towards your personal environment, your group of colleagues and friends for example. Fear occurs precisely when you don't know, for sure, when a person or a group of people will cause problems in your life.

Dreaming about a tornado of animals

Another variation is dream content associated with animal tornadoes. The animal in the universe of dreams goes hand in hand with the quality of the dreamer. In the dream world, animals represent qualities and potential.

Depending on the animals that appear in the dream, it will mean one or another thing. Therefore, the dream would have to do with an imbalance in the animal part that the dreamer carries in his being, according to the animals involved in the tornado. (See dreaming about animals). 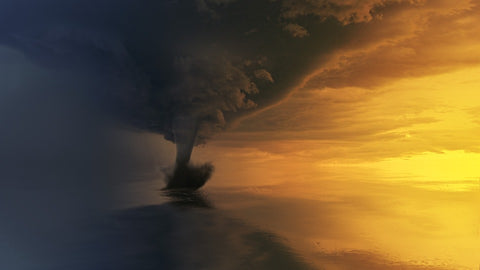 Dreaming about a tornado destroying your house

Fear is a very human feeling that seems to manifest when you dream of a tornado destroying your house. It is the fear that the family will be affected in some way: the fear of losing the family he loves so much, of not being able to support the household financially.

This type of dream usually occurs when you are going through a serious financial situation, which endangers emotional stability or the payment of the mortgage to take some of the most common examples. (See dreaming of house)

Dreaming of family members dying in a tornado

Dream of contemplating a tornado

Tornadoes are dangerous and if you dream of seeing a tornado in the distance, it is because you fear that in the future you will face problems. Fear can also be associated with your family circle or your friends. The stress of fear of the unexpected takes the form of a tornado in a dream.

Dream about flying in a tornado

Resilience to conflicts and life problems can express himself by dreaming of tornadoes and flying with them. The person subconsciously declares that he is struggling with adversity, hoping to get rid of the problem. Moreover, it involves confusion. (See dreaming of flying)

Dreaming about being in a tornado shelter

Dreaming of being protected from a tornado, you show that you are cautious in the face of possible crises. From this garrison position, it's also plausible that you feel the need to ward off the troubles you envision from other close people.

The fire in the dream means in this case that the dreamer has great concern for a fact of life which literally does not let him sleep.

Dreaming about a tornado of trash

The dream seen in these terms could mean that you feel guilty about something that you have done wrong in the recent past and somehow manifest your fear that it will turn against you. Remorse is thus expressed in the form of a tornado of garbage.

To dream that a tornado destroys everything in sight

The most obvious is that the dreamer is afraid to find himself without anything, without material goods, without his family, without friends. The feeling of fear of what he believes is not rooted enough, and leads him to dream of apocalyptic tornadoes.

Dream that a tornado is gone

When you see that a tornado is over and everything is calm again, it implies that a very big obstacle in your life has been overcome. As it happens in the dream, it should be interpreted as the moment of reconstruction and learning.

When a sand tornado occurs the perspective becomes blurred, similarly dreaming of sand tornadoes means you have great difficulty in achieving your medium and short term goals, you can no longer move forward and it is impossible for you to find alternatives that allow you to move forward.

Dreaming of Turtle: What Meanings? ❯

add a comment of Dream about tornado: What meanings?