Dream of bomb: What meanings?

Author and references
Dream of bomb: What meanings? 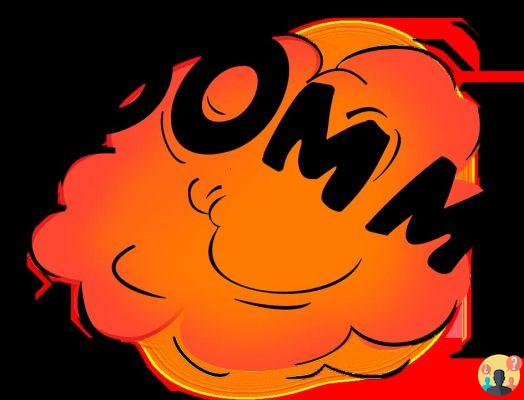 Bomb dreams can have several meanings depending on the context in which the dream takes place and the feelings that follow. Seeing a bomb may suggest that you are silent about something in the real world that is about to explode. On the other hand, you may be so mad at someone who has reached boiling point.

Dream about seeing a bomb

If you see a bomb in a dream, this warns you about the failure of a business venture. The innovations you plan to make will not be accepted as you hoped. No matter how hard you try, you won't be able to predict everything that will contribute to negative results. Other people may warn you of the consequences, but you can be sure that your decisions are correct.

To dream of dropping a bomb represents joy. You will probably tell or hear news that will explode like a bomb. This is related to an important event like a wedding, pregnancy or other. You'll want to celebrate as best you can, so the preparations will begin soon.

Dream about being injured by a bomb

A dream in which you are injured by a bomb represents a sudden loss. You will be surprised to find that the relationship you have invested so much in is over. Everything will go quickly, so you will not understand the reasons for such a sudden and drastic decision that your partner will take. You will try to solve the problems with a conversation, but you will fail because the other party will not make any effort.

If a bomb explodes in a dream, it is a sign that something unexpected is about to happen. You may meet someone who was important to you in the past. You thought your feelings for this person were gone, but this encounter will only increase the passion. You will realize that you are not indifferent, so you will seriously think about going back to the good old days.

Dream about dying because of a bomb

To dream of a bomb exploding and dying signifies that you are under a lot of stress due to problems at home or at work. In this context, these dreams symbolize the need to be free. You probably want someone else to take care of you and your problems. You know it's impossible, but that doesn't stop you from thinking that your life would be easier if other people made important decisions for you.

Dream about someone dying with a bomb

The meaning of a dream in which another person is killed by a bomb means that the wounds of the past have not yet healed. It is possible that someone hurt you or that you had very unpleasant moments, but you cannot forget them, no matter how much time passes.

It prevents you from thinking about the present and planning for the future. It's time to talk to someone you trust about your problems or get professional help. If you don't do anything, you'll be stuck in a circle and you won't even realize how much time you've wasted.

Dreaming about a ticking time bomb

If you see a ticking time bomb, it means that you will be very stressed regarding emotions. You will need a lot of patience and wisdom to come out of this phase without scars. People who are married or in a long-term relationship may face a dilemma: forgive their partner for their infidelity or end the relationship.

On the other hand, if you've been single for a long time, you might meet someone you like, but you're afraid to start anything with that person because of their troubled past. You'll have to figure out what you really want and whether you're truly in love with that person or just having a temporary crush.

To dream of buying bombs means that you are unhappy with your privacy. Your wishes and plans probably didn't come to fruition, so you're disappointed in yourself right now. You are afraid of being late for many things in your life and not having time to get everything you want. The main problem is that you have no motivation. The best thing would be to devote your time to something else for a short period, to allow yourself to be regenerated.

To dream of selling a bomb means that your subconscious is warning you to impose your opinion too much on others. It's a fact that you have a lot of life experiences that you want to share with those you love, but you start to overdo it. Let everyone learn from their own mistakes and only give advice when people ask, otherwise you'll come across as aggressive, which a lot of people hate.

Dream about giving someone a bomb

To dream of giving bombs to others symbolizes envy and jealousy. It's possible that your colleague has made more progress than you, but you don't think he deserved it. It's time to stop meddling in other people's lives and find a way to fulfill your plans instead of envying others. If you don't try, you can't hope for a better future.

Dream about receiving a bomb

To dream of receiving a bomb means that no one around you wants your well-being. You spend a lot of time with the person who introduces himself as your friend, but his intentions are not entirely honest. Be careful who you tell about your problems, desires, and plans because it can backfire.

Dream about making a bomb

When you make a bomb in your dream, it means you are about to give up on something you are currently doing because you doubt your success. It is possible that you invest a lot of energy in a job that does not bring you profit, or that you have started a private business and you are afraid that it will fail. The good news is that this is only a short-lived phase caused by insecurity and you are sure to find the motivation to get what you want.

If someone else is making a bomb in your dream, it means you are a brave and persistent person who strongly believes in your beliefs. Other people's opinions or obstacles that keep you from succeeding cannot break you. This feature of yours can really help you a lot in life.

Dream about a nuclear bomb

A nuclear bomb in a dream suggests a big surprise that will not be entirely pleasant. It usually refers to your professional life.

The meaning of bombing in a dream means that right now you are really confused and you don't know what you want to do with your life right now. The reasons can be many, but this phase usually follows emotional disappointment or business failure.

Dream meanings can be simpler. If you have recently heard news on television about the bombs or watched a movie about it, you have certainly been impressed.

Dreaming of sweets: What meanings? ❯

add a comment of Dream of bomb: What meanings?