Author and references
Stuffy Nose at Night: Causes and Solutions 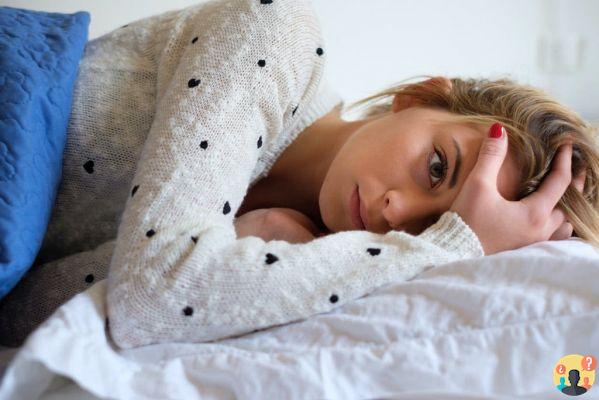 A stuffy nose at night is extremely dreaded. The worst part is when it happens at night, just when you're getting ready to sleep. And yes, mouth breathing makes it difficult to fall asleep and disrupts sleep. Before seeing what all the solutions are available, we will understand the mechanism that causes the nose to become blocked at night.

What causes a stuffy nose at night?

Infections caused by a cold or the flu are one of the most common causes of a stuffy nose. Indeed, the production of mucus is more important, which is certainly useful to eliminate the virus, but which causes enormous discomfort, and this especially at the time of sleep. So why does it get worse at night?

Why does a stuffy nose get worse at night?

A stuffy nose gets worse at night because, in many cases, just lying down makes the body unable to drain mucus from the nose through the throat. If your nose is stuffy during the day, the condition will still beg at night when you fall asleep.

There are people who don't have nasal problems during the day, but suddenly their nose becomes clogged at night. Indeed, only a slight production of mucus is observed when standing, because the nose can empty naturally when standing.

The main causes of a stuffy nose

Possible causes that can cause a stuffy nose:

25 tips to deal with a stuffy nose at night

As stated at the beginning of the article, these tips will give you relief and help you sleep better: 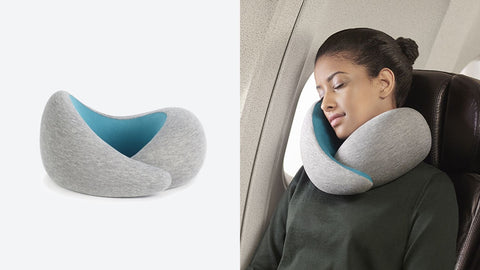 Lying down with your head held high can help drain mucus from your nasal passages. This advice is also valid for those who have sinus problems. For this, use a travel pillow.

It is a treatment in which the hands come into contact with certain pressure points of the body. Although it cannot cure your cold, it can reduce the discomfort caused by a stuffy nose at night:

Drinking plenty of water decongests mucus, which is helpful in clearing the nasal passages.

Foods containing capsaicin (a chemical compound found in bell peppers) provide mild temporary relief for people with nasal congestion. On the other hand, spicy foods should be eaten in moderation as capsaicin itself can increase nasal mucus.

Decongestants have the power to relieve nasal congestion by reducing inflammation of the blood vessels in the nose. These are drugs that are available without a prescription.

NSAIDs are the abbreviation of nonsteroidal anti-inflammatory drugs, capable of relieving inflammation and pain.

There is no evidence that NSAIDs can treat cough caused by runny nose. But studies claim that this class of drugs is recommended for symptoms caused by the cold:

Although it does not quickly eliminate the mucus present in the nose, mint facilitates breathing. In addition, menthol can relieve other cold symptoms, such as a sore throat, for example.

In this topic, it should be noted that alcohol should be avoided after two o'clock in the afternoon. In about 3-4% of people, alcohol causes symptoms that affect breathing, such as sneezing or nasal congestion.

We know that alcoholic beverages work as diuretics; by urinating more, we are prone to dehydration. If there is little water in the body, the nasal mucus thickens, so removing it is more difficult.

Caffeine is also present in teas, soft drinks and guaranás (those considered “natural”). They can act as a mild diuretic. It is important to avoid them if you want to stay hydrated and especially not to accumulate mucus in the nose.

We know how hard it is to resist such cuteness, but keeping them in your resting place is a bad idea! They decrease air quality because of their hair! Hair on the bed, on the pillow, on the sheets...everywhere! This can easily stimulate allergy symptoms, including nasal congestion.

How about a good chicken soup before bed? Hmmm... It's not just a tasty dish, but a dish that also offers medicinal benefits, including a mild anti-inflammatory effect. This dish also offers nutrients that increase the level of hydration.

Tea has antiviral, anti-inflammatory and antioxidant properties. However, there is still no evidence regarding the effectiveness of tea for treating nasal congestion, but research claims that hot beverages provide greater well-being for those suffering from a cold. Drink it before 16 p.m. to avoid its arousing effect.

Doctors recommend gargling with salt water to relieve sore throat. Although it is not a cure, it will relieve a stuffy nose.

The steam is able to loosen the mucus present in the nasal cavities. For this, put hot water in a basin, place a towel over your head to retain the steam, as the steam builds up, try to breathe deeply. Be careful not to touch your face in the water!

The warm bath soothes and, of course, can ease nasal congestion, providing momentary relief by decreasing the amount of mucus in the nose.

Saline (salt water) rinse, also known as a nasal rinse, can reduce congestion and similar symptoms. Nasal rinsing should be done with distilled water. It is important to boil it and finally let it come to room temperature. Before putting this procedure into practice, try to follow the manufacturer's instructions.

Corticosteroids can decrease inflammation. Nasal spray of this type can be used to combat the following symptoms: inflammation, runny nasal passages and sneezing.

Histamine is a hormone that plays a role against allergic reactions. Antistaminics, in turn, block the effect of histamine, relieving nasal congestion and sneezing.

Essential oils are a recommended option for those who want to decongest the nasal passages. Tea tree essential oil is an effective option for a stuffy nose. Its anti-inflammatory and antimicrobial properties can provide rapid respiratory relief for better sleep

This device gives more humidity to the air, reducing the discomfort caused by difficulty breathing at night. If you often have a sore throat and nose when the air is drier, it is advisable to have a humidifier!

This is a very simple trick. Keep the door and windows open, facilitating air circulation. Staying in a closed environment filled with dust mites should be avoided by those who have a stuffy nose at night.

Nasal strips help open the nasal cavities and make breathing easier, which is also a valid option for people with stuffy noses. These strips are sold in pharmacies. To use them correctly, follow the manufacturer's instructions.

23 - Put essential oil on the chest

Essential oils are believed to be good for fighting cold symptoms. Certain oils, like mint, can be used to massage the chest and get relief. Attention! Essential oils must be diluted before any topical application (that is to say carried out on the skin). If you are interested in an essential oil, try to get to know it well before using it, taking into account its side effects.

According to research, blowing your nose causes pressure in the nasal passages, to the point that mucus enters the sinuses. Instead of blowing your nose, use a handkerchief only to dry your nose. If the urge to blow your nose is too great, do it gently for just one nostril.

add a comment of Stuffy Nose at Night: Causes and Solutions