Dream of shark: What meanings?

Author and references
Dream of shark: What meanings? 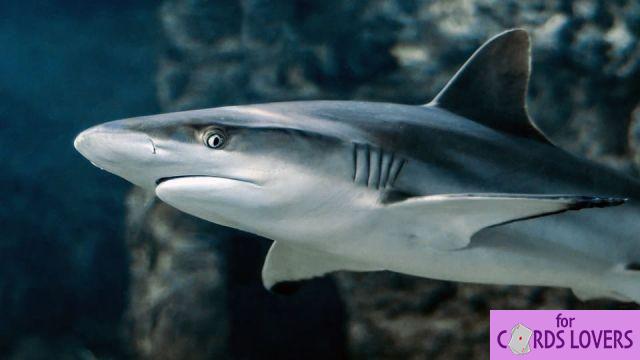 To know what it means to dream of a shark, it is important that you provide all the details present in the daydream to ensure the most conclusive interpretation possible, because a dream always carries several messages in a dream.

Many people are terrified of a shark and when we dream that there is one of these animals close to us, the main feeling is fear, given the danger that this animal tends to pass through its size, its sharp teeth and its greatness.

But the truth is that sharks are not those monsters that everyone thinks of and in dreams they can carry different meanings that don't just match the message of terror created from their figures.

Dream about seeing a shark

This is probably one of the most common dreams involving this sea predator. No matter how you see the shark - whether in the water or in more unusual places - dreaming of seeing a shark indicates the presence of negative feelings around you, which may be from someone trying to make fun of you. wrong.

This dream can also show you that there is a person who can threaten you in some way, indirectly or not. That's why you'd better be careful of the people around you and be careful of other people's eyes.

Dreaming of a white shark

The white shark is considered the most feared species of all sharks. But, inside a dream, this shark carries a message warning that something, or someone, will let you down, and it cannot be avoided. It is also not possible to know to whom one is telling, because the deception can come from a friend or a family member.

It is therefore good not to keep too much optimism in some people, because everyone is likely to disappoint someone, no one escapes this situation. But it's up to everyone how to deal with it and I'm sure when that saddest time comes you'll know how to deal with it.

Dream about a shark attack

Dreaming of being attacked by a shark must be extremely horrifying, because this scene is torture, especially for people who may be afraid of this animal. But the meaning that this type of dream brings is related to the feeling of insecurity, something that can take hold of you. The dream also has an interpretation that says someone may wish you harm, but you are ready to face any situation the person may create to harm you.

Dream about a shark attacking someone else

Generally, seeing a shark attacking another person in a dream indicates that you are suspicious of the people you love, due to the high dose of insecurity you carry in your heart.

Along with mistrust, this dream can show how afraid you are of losing those people, or that person, if you are in a relationship. Try talking to these people, telling them how you feel so they can come to a healthy agreement for both of you.

Dream about being chased by a shark

Imagine the despair that must arise when you realize a shark is coming your way. Inside a dream, the feeling can be the same, therefore, it brings the same dread that exists in a situation that happened in real time. But what does it mean to dream of being chased by a shark?

Basically, the dream indicates the fear of being deceived, betrayed by someone we love or who has a very strong connection. The advice is to try to balance your feelings so that you don't get paranoid over nothing, but always keep an eye out for people.

Dreaming of a shark bite

Betrayal and the shark seem to go together, as most dreams refer to this unpleasant situation. To dream of being bitten by a shark is equivalent to being betrayed by someone in real life. Having this kind of dream is uncomfortable, but it serves as a wake-up call for you to start paying extra attention to the people around you.


To dream of a biting shark may also represent feelings of insecurity about an unfamiliar place, such as a new job, a new neighborhood to live in. Don't worry about what they'll find and live like you always have, being yourself. Having insecurity is normal in new situations, but it can never be bigger than you.

A baby shark may even be harmless, but it still has a dangerous image, because a baby shark in the environment indicates that its mother is nearby. However, dreaming about a baby shark does not necessarily mean something bad, but it works as a kind of warning, saying that you are very oblivious to the things around you.

Being aware of how things are going — whether at home, at work, or elsewhere — is a sign of self-reliance. If you are a very inattentive person, this lack of attention can get you in trouble at some point. So, if this is your case, try to review your attitudes so that you can pay more attention to your life.

Dreaming of a tamed shark

Watching a tamed shark in the middle of your dream gives a good message. The calm shark indicates that you are going to have a tense time, but that you are fully prepared for it, so you don't have to worry or feel like it's not enough to overcome the problem. You will always be bigger than them, no matter how tough your journey gets.

Dreaming of a caught shark

Although it is not good news for the shark, dreaming that a shark is caught brings you good news. The dream itself represents the idea that you are about to enter a lucky streak, achieving several of your goals that have been with you for some time.

Therefore, celebrate! Life offers you a quieter moment and in that moment you have the chance to get your life back on track. Bad for the shark, good for you.

Dreaming of many sharks

When a shark appears in your dream, the meaning is one of insecurity, fear of something that might happen. Now, dreaming of a school of sharks represents a completely different situation, reminiscent of calm, despite the fact that there are several sharks. Within the school, the syntony remains, which is why the meaning is so different.

But the dream can also indicate that there is a secret about to be discovered which will have a great impact on your life and the lives of others. So be prepared for surprises.

Dream about killing a shark

Dreaming of a dead shark, although a sad situation, is good news in the dream world, as the shark represents the resolution of a problem. even more so if you were the cause of the animal's death. If you kill a shark in your dream, it means you have control of your life in your hands.

Dreaming of restaurant: What meanings? ❯

add a comment of Dream of shark: What meanings?