Dream of the color red: What meanings

Author and references
Dream of the color red: What meanings 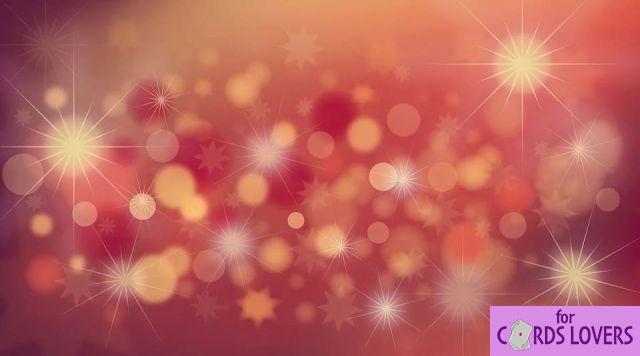 Colors play a major role in our lives, as each of them is firmly anchored in our head with something specific, a feeling or a situation, and therefore a symbolism of its own.

Dreaming of the color red: What you need to know

For most people, the color red symbolizes strong emotions, such as love and passion, but also aggression and anger. At the same time, red is a signal color that can warn.

The color red can also often be found as the color of coats of arms, for example in the Harry Potter novels.

The geranium , which smiles at us from many balconies in the summer, is very often bought and planted in the typical red shade. And who doesn't know the red rosehip with the black "cap", as it is sung in the children's song "A little man stands in the forest"?

Moreover, there is practically no color that we can name in so many different shades and intensities. Cherry red, pop red, rose, orange red, ruby ​​red, rust red, wine red - just to name a few.

Colors can also play an important role in dream interpretation, especially if a color is very dominant in the dream and the person concerned first remembers it after waking up. Dreams associated with red are particularly common here. Mixed colors that contain red, such as purple or magenta, can also play a role here. Henna can also include it here. But what do “red dreams” or a dawn dream mean? What does it mean?

Dreaming of red - the general interpretation

Red is the color of blood. For this reason alone, this color also represents liveliness and passion in our dreams, as well as for life in general. At the same time, it symbolizes the dreamer's power and will to fight.

If the color red appears in the dream as a signal color and the person concerned is warned of something by it, this represents an indication according to the general interpretation: The dreamer may behave too aggressively or instinctively in life real, is too dominated by his anger something strong on an emotional level.

Also, this shade indicates that the dreamer surrenders to a certain emotional area of ​​​​his life. However, he must be careful not to be crushed by this: he is threatened with a burden of this aspect of his emotional life.

Some dreams of the color red are interpreted as follows:

Even according to the psychological interpretation of dreams, the dream image "red" is considered a symbol of passion and the color of love. Those who associate certain dreams with red experience something in real life that captivates them and causes strong feelings. It can refer not only to something positive, but also to negative aspects of life.

Especially if the affected person is scared or feels rushed in the dream, the color red symbolizes an aggression they feel. A situation in his real life angers him, perhaps even sparking a desire for revenge.

Anyone who frequently has dreams dominated by the color red, perhaps a bright red head, should take this as an indication of their subconscious to work on their temper tantrum. According to the psychological interpretation, the dreamer often behaves very fiery and should see these dreams as an invitation to rethink their behavior and avoid emotional and aggressive outbursts.

Dreaming of the color red - the spiritual interpretation

According to the spiritual interpretation, the color red symbolizes one's own self-image.

Dreaming of a breakup: What meanings? ❯

add a comment of Dream of the color red: What meanings