Author and references
Dreaming of Hornets: What Meanings? 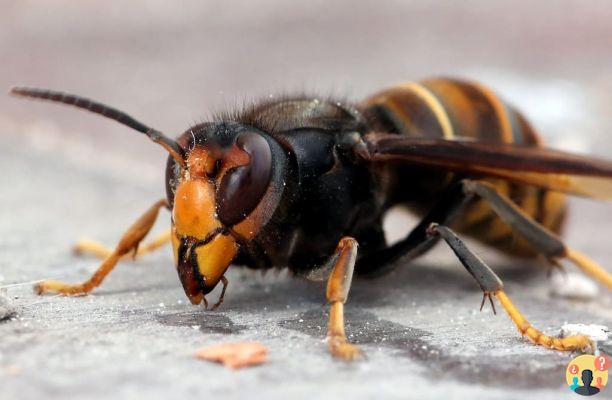 What does it mean to dream of hornets? When the dream meaning of hornets is analyzed, many people do not know how to tell them apart and confuse them with bees.

We have a problem of interpretation if we do not distinguish bees from hornets, so the first thing is to see the differences between one and the other because they are very different insects. They are different in every aspect, from their appearance, type of bite, food….

Difference Between Bees and Hornets

Generally, this is the main difference, that bees are more orderly, diligent with a very important role in the ecosystem, while hornets are more dangerous and are wilder in general.

Sometimes hornets are considered a scourge, which in dreams symbolizes 3 ideas at once: laziness, evil and wickedness. Hornets Dreams are a warning of lower instincts, anger and revenge. The dreamer must analyze his interior and try to correct his behavior.

Sometimes it also happens that the person who dreams of hornets suffers from the bad behavior of others. It may even be that if we dream of someone who is a wasp in dreams, it is because he betrayed or disappointed someone in real life, that "someone" should understand him as a warning against enemies.

In general, hornets are not a positive dream image, quite the contrary. It is not good to dream of hornets. Already its mere appearance provokes bad emotions. The yellow and black color and its aggressive buzzing annoy us and warn us of a bad dream if we are weak people.

The causes of hornet dreams are usually real-life fears and unfulfilled internal motivations.

Dreaming of a hornet, in addition to representing aggression, can also indicate that the dreamer is very self-centered, very arrogant, and almost always thinks of themselves first, then themselves, and finally themselves. Let's just say that your arrogance and individualism are exaggerated.

Dream about being bitten by a hornet

It's a warning, a message for that you be careful, and that you need to apply to real life. Something can happen to you and you need to be careful because it can cause physical and muscle pain.

To dream that a swarm is chasing you

These types of dreams are interpretable in several senses and depend on the context, but above all they symbolize a possibility of success in a project that you keep secret . We have something in our hands which, if we can achieve it, will be a complete success.

Dreaming of becoming a hornet

It is a fantasy that arises when there is a clear state of nervousness in the dreamer. We are anxious and neurotic about something happening around us that we need to solve.


Dreaming of hornets in the house

It is a threat of evil eye and danger! Look around you if someone is looking at you with envy, because it is very likely that this person wants something bad to happen to us. (See Dreaming of House).

Dream about killing a hornet or stepping on it

These are very relative dreams because sometimes the hornet dies and other times it doesn't. Whatever the outcome, whatever they mean, it is a need to eliminate rivals in our projects: personal, professional, loving… Killing is often very positive in dreams.

Dream about flying with hornets

Dreaming of a black hornet

Represents envy towards others. Something moves us inside that produces jealousy and resentment towards others. These dreams often lead to physical or mental pain because we are never happy and always comparing ourselves to others, and this is often due to feelings of inferiority.

Dreaming of his brother: What meanings? ❯

add a comment of Dreaming of Hornets: What Meanings?