Dreaming of Incest: What Meanings?

Author and references
Dreaming of Incest: What Meanings? 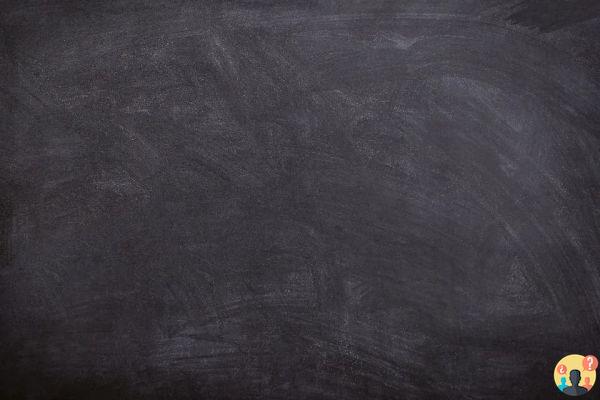 There are dreams that are stranger than others, but dreaming about incest is something very unusual and has a very different meaning depending on the details of the dream. Generally speaking, this dream signifies feeling guilty.

Incest is a practice viewed extremely negatively in most cultures today. A person seen as incestuous will generally be seen as a guilty and unworthy person by the rest of society.

The dreamer here is someone who has experienced a situation of which he is not proud and who perhaps regretted.

What does it really mean to dream of incest?

When this dream appears, it is important to try to consider the other elements involved in its realization, in order to better understand the meaning of the dream.

Therefore, we have decided to analyze and put below the main incest dreams and their respective meanings.

Dreaming about incest with his sister

One who has this dream is someone who has been involved in a problem with someone they consider equal, such as a sister or a brother.

The situation was unplanned and eventually escalated into a family feud, seeming important at the time but causing sadness later.

So, the person having this dream turns out to be someone who feels guilty because he may have started the conflict.

As in a sibling fight situation, the dream arises to remind you that the problem will not resolve itself.

It's time to go find the person you had a fight with and expose how you feel, trying to find a way to reconcile.

Allowing yourself to remain trapped in this feeling of guilt will not be good for either party.

Dreaming of incest with his father

To dream of incest involving the father means guilt towards someone who represents an authority.

This dream implies the feeling of guilt, related to the issue of incest, while the father figure denotes someone to whom the dreamer believes he owes respect.

In this sense, having this dream is usually related to a professional or similar problem.

The person who had this dream is someone who may have come into conflict with a superior, but now feels guilty and fears the consequences.

Like a difficult situation with a parent or guardian, guilt will not be easily resolved in this case.

The problem that has developed is not something simple, but rather complex, and considered quite serious by a large number of knowledgeable people.

So it's time to reflect on what happened and think about ways you can change your life, allowing you to live well again.

Avoiding the situation, pretending it never happened, will not resolve it and may even make it even more difficult to overcome.

Dreaming about incest with a child

Childhood incest means feeling guilty towards someone you consider fragile.

The person who has this dream feels guilty because of attitudes towards someone who probably couldn't defend themselves.

Thus, as much as this behavior has been, for example, a severe reprimand aimed at solving something, guilt arises in response.

In this case, the dreamer presents himself as someone guilty, probably regretting his actions, reflecting that he would have liked to have done otherwise.

Linked to this dream, the possibilities evoke even more conflict or the solution to end the disagreement.

It is necessary to think about what is most important in the relationship with the fragile person with whom you disagree and seek to resolve the problem.

Pretending that nothing happened can be quite harmful, increasing the feeling of guilt and encouraging the other person to be blocked from the solution.

Dreaming about incest with his cousin

When the dream shows an incestuous situation involving a cousin, it means that the feeling of guilt is related to a group situation.

The cousin relationship usually occurs in groups, with multiple cousins ​​dating for fun, like good friends, raised together from childhood.

Thus, this relationship is usually marked by a pleasant, balanced and free feeling.

Likewise, the person who has this dream is someone who had such a group relationship, something he considered quite important.

However, some type of conflict was present in this environment, perhaps due to their actions, and shattered what was positive.

Thus, the feeling of guilt arises, because the dreamer fears that he has separated the group because of what he has done.

In this sense, understanding the ways of talking to others and seeking to reconnect with a pleasant relationship is the way to feel good again.

Dreaming about incest with your uncle or aunt

To dream of incest involving an uncle or aunt is to feel guilty for having faced something difficult.

The symbols that appear in the dream here indicate involvement with someone who was important to the dreamer.

Thus, although there was no desire to get involved in a conflict with this person, the actions taken against you pushed you to act.

This dream is supposed to indicate that now is not the time to feel guilty, because you only did what was important so that you could feel better.

Dreaming about incest with your grandfather or grandmother

The incest dream involving a grandfather or grandmother means that the dreamer feels guilty about conflicts that can no longer be resolved.

The grandparents who appear in the dream represent old age, the possibility of the end, and therefore a problem that seems to have no solution.

Thus, they indicate a conflict that arose a long time ago and now seems unresolved, although they still influence the dreamer in a negative way.

Dreaming of a stranger: What meanings? ❯

add a comment of Dreaming of Incest: What Meanings?