Dreaming of the color white: What meanings?

Author and references
Dreaming of the color white: What meanings? 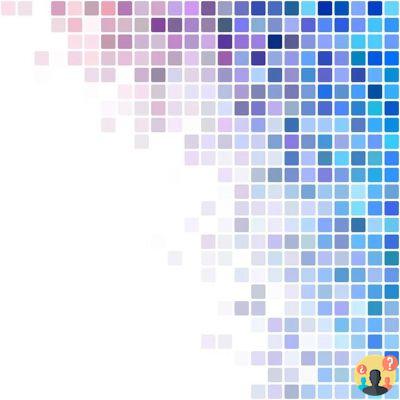 In our culture, the color white often represents purity and innocence. Most women marry in a white wedding dress, but a floral shade of white is also often worn at other religious ceremonies, such as baptism or communion.

Traditionally, this is especially true for girls and women. At the same time, many people think of the sterility of a hospital when they hear the color white. In this case, white is perceived more as a cold color associated with bad aspects.

Moreover, white also plays a role in the interpretation of dreams: it is quite possible that people have dreams that they perceive as "white dreams". The cause may be a strong concentration on a specific white object, or a large amount of it in the dream. As a dream symbol, the color white has different meanings.

Dreaming of the color white - the general interpretation

Basically, the color white is considered a feminine color, which means it is associated with certain feminine aspects. According to the general interpretation, in the dream she mostly represents innocence, but also purity and clarity.

At the same time, however, it also indicates a vulnerability of the dreamer, since white gets dirty very easily and therefore needs to be treated with care. The affected person should understand the dream symbol as a request to reconsider his real life. Was the dreamer disappointed or hurt by someone?

Since white also combines the entire spectrum of colors, this color can also symbolize wisdom (enlightening) and, associated with it, power according to the general interpretation of the dream. Also, "white dreams" may indicate a new beginning in the dreamer's life.

The black and white yin-yang symbol in the dream often illustrates the harmonious compatibility of opposites. As a dream image, the color white often brings with it difficult times and unfavorable developments.

The sight of white mustard seeds can often prompt personality maturation. A white billiard ball in a dream can in many cases be understood as an unfavorable symbol for the real world. Anyone who sees a flower with white petals like snowdrops in a dream is confronted with their own purity and innocence.

If you see white gravy in your sleep, you might want to get your health checked. White-colored bacon or marshmallows often bring some comfort to the dreamer. White turnips in a dream often warn of a dangerous situation. The birch's white bark often carries a warning not to be so trusting.

Which of these possible interpretations actually applies to the specific dream strongly depends on the respective dream situation.

Dreaming of white - The psychological interpretation

According to the approach of psychological interpretation, dreams of white people often contain a warning: the person concerned may fear for their physical well-being. Psychologically, white is often associated with hospitals.


The dream is expressed on the basis that the affected person is afraid of becoming seriously ill or even dying. Under certain circumstances, this fear can only be perceived subconsciously, that is, not at the conscious level, but should always be taken seriously after such a dream.

Because white is the result of the composition of all colors, some people do not consider it a real color in the proper sense. For this reason, it can also symbolize an inner emptiness in the dream according to the psychological vision. The dreamer may feel overwhelmed, not sure how to approach a certain thing.

Dreaming of the color white - the spiritual interpretation

In the spiritual interpretation of dreams, the color white represents spiritual purity. White combines all colors in itself and for this reason also symbolizes wisdom and knowledge.

Dreaming of the color yellow: What meanings? ❯

add a comment of Dreaming of the color white: What meanings?