Dreaming of vampire: What meanings?

Author and references
Dreaming of vampire: What meanings? 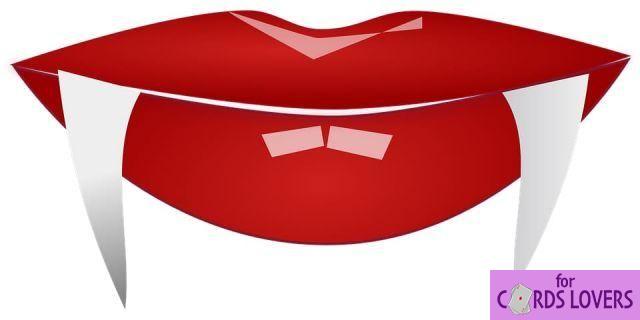 Dreaming of a vampire can have several meanings: the contrasts that characterize it inspire both fear and charm, repulsion and attraction. The vampire, figure of the night, mysterious and a little dark, was born from ancient beliefs and traditions; the great charm it inspires has allowed it to become an eternal myth, a symbol that does not exhaust its ability to survive generations, eras and cultures.

It is currently the protagonist of various reinterpretations which have made it extremely popular, especially with young audiences. But what does it mean to dream of a vampire?

Dreaming of a vampire: What you need to know

The ancient Romans already spoke of mythological creatures (especially female) that fed on human blood; the belief in vampires is very old and has something in common with witches and werewolves.

Vampires were believed to be dead people whose souls, for various reasons, could not be separated from the body; for this reason, she was attracted to blood, the vital liquid par excellence: vampires needed it to stay alive.

The vampire rests in the coffin, but emerges from it at night, enters homes (especially relatives), and bites its victims on the neck to suck their blood. The only way to end this is to drive a stake through his heart.

Belief in vampires was probably fueled by various factors: for example, poor knowledge of the phenomenon of decomposition (why do some corpses decompose much later than others?); certain diseases, such as tuberculosis (thinness, pallor and coughing up blood); the desire and at the same time the fear that the dead be reborn; the sexual metaphor of bite and blood that simultaneously inspires terror and attraction.

The vampire is traditionally depicted as an evil creature that assaults and sucks the life out of its victims. The typical vampire as we now imagine him (tall, pale, slender, and with long, pointed canines) originated in more recent times, primarily through the character of Dracula, who came from the pen of Bram Stocker.

Nowadays, there is a growing tendency to represent the vampire by emphasizing its positive sides, its charm, its power, its freedom.

Meaning of Vampire in Dreams

A relationship that drains your vital energies: There may be someone in your life who drains your energy, exhausts you talking about their problems, or who always wants your attention but does not give you anything in return ( blood in dreams represents life energy). He can be an obsessive and intimidating lover.

You want to free yourself from certain social conventions, to live a life off the beaten track, more transgressive.

Sexual desire, illicit sexual relations, experienced with fear or guilt. The vampire represents sensuality and seduction, but also death and fear. It seems that dreaming of a vampire is typical of teenage girls who fear losing their virginity.

Desire for strength and power: The vampire is a male symbol of supernatural power and strength. To dream of it can indicate that you wish to emerge, to increase your power.

Knowledge, charisma, wisdom, immortality, charm: so many positive meanings associated with the figure of the vampire, developed above all by the most modern literary and cinematographic representations.

Need for protection: You see the vampire as strong and able to guide you.

Dreaming about a vampire biting

If you dream of being bitten by a vampire, you are probably engaged in an emotional/sexual relationship that you perceive as dangerous; but it could also represent, more generally, a relationship that absorbs too much energy, leaving you empty.

This dream, especially if you are attracted and fascinated by vampires, can also express the desire to be accepted by the group, to belong to an elite.

To dream that a friend, your boyfriend or your father is a vampire probably indicates that the relationship with him is too unbalanced: he drains you of your energy and you feel sucked into him.

It will be better for you if you lower his demands and keep him at a distance. Or you may also see your friend as someone who protects and guides you.

The vampire is traditionally depicted as a dangerous and evil creature because it takes away energy and life from it and can, with its bite, also make other people into vampires. His corpse-like appearance reflects these negative characteristics of death.

But lately, the image of the vampire conveyed by literature and the media is much more positive than in the past. So you may not perceive him as a dangerous being at all, but rather as a figure with positive qualities (strength, power, charisma, charm).

Dreaming of being a vampire

To dream of being a vampire, becoming a vampire can indicate that you have exaggerated demands on others and that you risk leaving them without energy. It can also mean that you lead too wild a life, that you are at the mercy of your instincts; or, on the contrary, that you would like to be freer and more transgressive.

If you dream of biting someone, it probably indicates that you have a sexual desire for them. If you have a positive idea about vampires, the dream can also represent your desire to gain strength, power, charisma, freedom, independence, charm, success, immortality.

To dream of fighting vampires indicates that you are probably fighting in your life to keep certain people or situations at bay that absorb a lot of energy, leave you little room for autonomy and personal growth.

Dream about kissing a vampire

Kissing a vampire can indicate the need to transgress, to think outside the box; maybe you feel a little repressed, you are looking for a relationship with charismatic people who can give you strong emotions and the feeling of freedom that you miss.

add a comment of Dreaming of vampire: What meanings?