How do fish sleep?

Author and references
How do fish sleep? 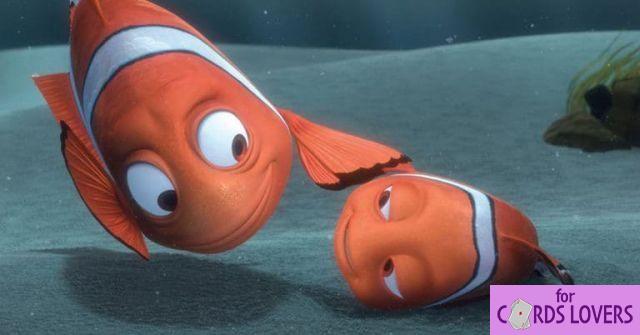 In this article we will see how do fish sleep , how to understand if they sleep, how different species of fish rest and how often they do it.

As humans, our bodies need sleep for optimal health and well-being. It's also easy to determine when humans are sleeping, but with fish it's a bit more difficult.

The very fact that the dictionary definition of "sleep" requires the animal to have its eyes closed and part of the brain (the neocortex) to be "off" makes it difficult to answer the question "Fish are they sleeping?" with a yes.

Fish do not have eyelids or neocortex. However, it is important to also consider their behavior and not just their anatomy.

Just because fish don't have the same anatomy as mammals doesn't mean they don't need rest or "sleep." It's just a different type of "sleep" than what we experience as humans.

A study conducted by the University of Zurich evaluated and studied the sleep of nearly 200 species of animals, including fish. It has been discovered that although the way animals sleep varies widely, they all sleep in their own way.

Most, but not all, animals need time to rest and slow down their bodies. Although Pisces don't fall into the exact dictionary definition of what sleep is to us, they still have periods of inactivity and slowing down, which is their version of sleep.

What is noticeable in fish sleep is slower movement speed and slower heart rate . These two signs indicate that their metabolism has decreased and that they are saving energy.

Using this definition makes it much easier to determine if a fish is actually sleeping. 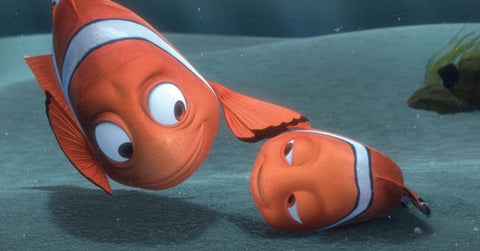 How do fish sleep?

While it's very easy to spot when most mammals are sleeping, it's a little harder to tell at first glance if fish are sleeping.

Fish don't close their eyes, have no eyelids and show no signs of REM sleep.

Instead of that, fish become inactive. Their inactivity depends on the species of fish. Most fish stay still and their gill movements slow down.

Most fish stay alert to danger even when they are sleeping, so they can make a quick escape if they need to.

In an aquarium, you will understand when a fish sleeps because it will slow down or stop moving, entering a state of equilibrium of daydreaming.

Why do fish sleep?

We know the basics of why we need to sleep, which is to give bodies a chance to rest and repair themselves.

In human sleep, our eyes close, muscles relax, and we go through different stages of sleep; slow wave sleep (deep, restful sleep) and REM sleep (rapid eye movement sleep in which we sometimes remember our dreams).

It seems that the reasons why humans sleep are much more complex than the reasons why a fish sleeps, although the research in this area is not deep enough to say this definitively.

The most likely and simplest reason why fish sleep is to rest their body.

When we humans don't get enough sleep, it begins to affect our ability to function properly. A similar thing has been observed in fish.

In a 2007 study, a group of zebrafish were deprived of sleep during their normal 6-hour rest period. The next day, the zebrafish was much harder to arouse and its mouth and gill movements were reduced. The study also showed that fish have slower breathing cycles in their sleep, take naps, and are melatonin-driven, so very similar to us as human beings.

The National Sleep Foundation describes fish sleep as a state of daydreaming, in which their metabolic rate decreases, allowing the body to recover. 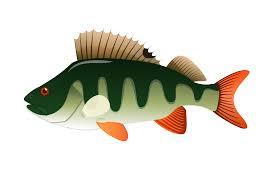 When do fish sleep?

Fish mainly rely on their eyes to stay safe and find food. Although their sense of smell is good, water currents can disrupt this sense and make it less reliable.

When the fish sleeps really depends on its environment and the type of species. For example, fish that live near the coral reef tend to stay active during the day and rest at night to avoid predators.

Certain species of fish stop sleeping at certain times in their lives, for example when caring for their young or when migrating.

Some fish do not begin to sleep until they reach adulthood. For example, tilapia don't start showing any signs of sleep until about 22 weeks old.

Most aquarium fish sleep when the lights are off at night.

Do all fish sleep the same way?

How a fish enters sleep varies by species, where it lives, and activity level.

Some fish nest in the substrate; others hide in caves or among coral, while others simply move with a flick of their fin to stay still.

Certain types of fish can mimic sleeping patterns very similar to those of humans.

The parrot has a very interesting way of sleeping. It secretes a mucus that surrounds its body, providing it with a cocoon-like outer layer. This protects it from predators while it rests.

Some fish, such as sharks, have to move constantly to allow water to continue to pass over their gills to extract oxygen. While other sharks can stop swimming by using mouth pumping, holding the water above the gills while remaining motionless.

Other fish get stuck between rocks or corals to stay hidden and out of sight of predators.

The brown catfish sits in 10-20 degree angles along the substrate with a flat tail and elongated fins.

Some species of fish, such as mackerel and bluefish, show fewer signs of sleep. Although they are less active at night, they remain responsive to external stimuli and are constantly swimming.

There are also fish that don't seem to sleep at all, such as tuna and some sharks.

Although fish sleep research is still in its infancy, it is believed that the reason the vast majority of fish seem to be sleeping is because their environment does not change much and therefore they do not have much to worry about. process or consolidate in their memories.

Observing sleep in large schools of fish in the wild is also interesting. Part of the group will act as eyes for the whole group, while some fish rest and then take turns.

How do you know if fish are sleeping?

The four main signs of sleepy fish are:

They may drift slightly, but they will seem completely asleep. Try not to disturb your fish while they are resting, as this can scare them and cause stress.

Goldfish usually sleep when aquarium lights are off in a dark room. They are diurnal, in the sense that they are active during the day and sleep at night.

Guppies prefer to sleep in the dark and therefore sleep at night when all the lights are off. You will be able to tell if your Guppy is sleeping if it hangs in one place (usually just above the substrate). Sometimes they float to the surface, but be aware that if this happens during the day it is likely that he is not sleeping and this indicates a more serious problem.

Some Bettas float in one place while they sleep, others prefer to rest on a surface such as gravel or a plant. Their gill movement will be significantly reduced while they sleep.

So, do fish really sleep?

From the many examples we have provided for you in this article, you should see that the way different fish species sleep differs significantly.

Whether it's continuing to swim while asleep, floating near the substrate, or hiding in caves or corals, lFish have many ways of sleeping, but most require a period of sleep to allow the body to rest.

Now you know how fish sleep.

How do chickens sleep? ❯