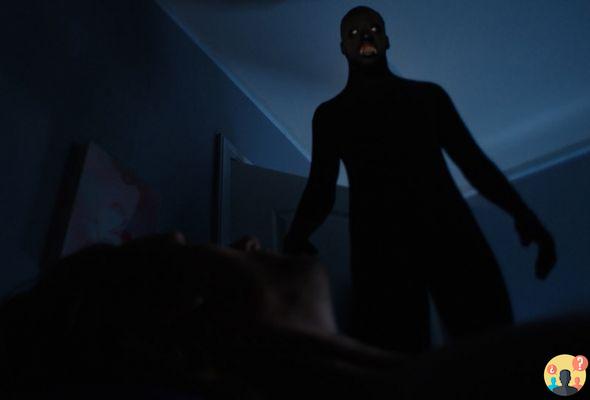 Have you ever woken up in the middle of the night and had a violent nocturnal panic attack? Thieves break into the house but you can't move a muscle. Ghosts, demons or aliens are outside your door and they almost start running towards you. Their footsteps are getting closer and you are paralyzed in bed!

Your heart starts beating fast, the breath becomes agitated, the eyes are open but the body does not respond! What's going on? You are experiencing sleep paralysis, a frightening but not very rare experience. Sleep Paralysis: Demon?


What is sleep paralysis?

Sleep paralysis is one of the scariest and scariest experiences that can happen. While you sleep, while sleeping, you suddenly wake up for no real reason but without having control of your body, with a more than real feeling of terrible threat looming a few steps away and becomes more and more concrete and real as it gets closer.


Science has classified this type of experience as sleep paralysis or hypnagogic paralysis.

The causes of sleep paralysis

Why do you have these experiences of nightmares and daydreams? Why are they so alive and you can't move? This is a dysfunction that occurs during sleep. While we sleep indeed, during the REM phase, the eyes continue to move even though the eyelids are lowered. The muscles are rather paralyzed, because the mind does not control them during this phase of sleep.

Sometimes wakefulness can occur before the brain regains control of the muscles, so you feel awake but can't move. If during this waking state you also have a dreamlike experience, that is, a dream or a nightmare, it may become too real. Symptoms of this experience are hallucinations, anxiety, and panic. We have the feeling of feeling a danger but not only with the sight. Often, all the senses are involved, from hearing to touch, with the sensation of being touched .

The only positive aspect is that this sensation has a very short duration: a few seconds or at most two minutes. 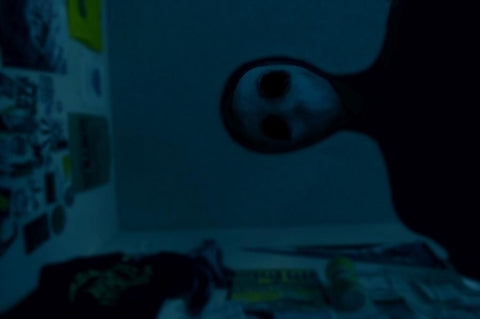 There are three different associated hallucinatory effects that can be experienced during the sleep paralysis phase. The presence of a stranger in the room, not necessarily human, who is content at first to stare at us in a disturbing way then comes closer and closer until he touches us. The feeling of pressure on the chest, as if someone was pushing hard on the ribcage holding our hands around our necks to make us suffocate. The last and weirdest is the feeling of levitation, like leaving your body. The latter almost resembles the most famous out-of-body experiences.


Description of the experiment

Sleep paralysis is so terrifying because it makes our deepest fears and subconsciousness come true. Do you want an example of what happens during hypnagogic paralysis? You are sleeping in your bedroom, when you wake up suddenly because you hear strange noises. Eyes are open, body can't move and you stand completely still trying to listen to where these noises are coming from

You start to feel scared and you don't know what to do. Will they catch you while you're in bed helpless? The intruders know that they have understood in the meantime that you are there and that the stages are accelerating more and more and coming towards you. You have a panic attack, your heart beats fast, your breathing becomes difficult and you can't even scream despite your open mouth. You are completely paralyzed. Terror becomes absolute when, without even seeing them, you are hit. At this point, the nocturnal paralysis stops, as if by a self-defense mechanism.

Exit the REM phase, you sit up in your bed, try to calm down, figure out what happened while you look around trying to figure out if it was just a nightmare. Many of these experiences with inpnagogic hallucinations concern thieves, aliens, demons or jinns. Whatever frightens our imagination the most.

What to do before falling asleep?

These panic attacks due to sleep paralysis have been scientifically proven more common in people with depression, anxiety, or stress. From exam students to those going through a difficult time in their lives. Additionally, insomnia issues can increase the incidence of open-eye nightmares. You must try to sleep well at night: try to choose the right mattress for your needs, a good pillow and remove all electronic devices from your bedroom.


Don't always sleep on your back. While lying on your stomach can be comfortable for some, try all sleeping positions. Hypnagogic hallucinations are more common on the stomach. Try to combat stress and release anger and frustration with exercise. Especially if not done in the evening, it helps you improve sleep quality and is a quick release valve.

Myths and legends of common experience in history

This phenomenon, now called sleep paralysis or hypnagogic paralysis, has been rationally explained by science. But in the past, sleep paralysis was thought to be paranormal: witches and demons took over our bodies. Since ancient times, we talk about this evil alien presence in one's room, with this feeling of being touched and with difficulty in breathing.

According to some legends, in the middle of the night, a horse is transported carrying evil spirits, while according to other myths, it is a witch who attacks the poor victim during sleep, paralyzing him and preventing him from moving or to shout.

Just in 2015, a horror / paranormal documentary filmed by director Rodney Ascher was released, which precisely deals with the phenomenon of sleep paralysis and hypnagogic hallucinations. The title is The Nightmare and it is recommended for an audience not easily emotional and passionate about thrills.

So fear not, you know that demons and sleep paralysis are not related.