waking up between 3 a.m. and 4 a.m.: Spiritual significance

Author and references
waking up between 3 a.m. and 4 a.m.: Spiritual significance 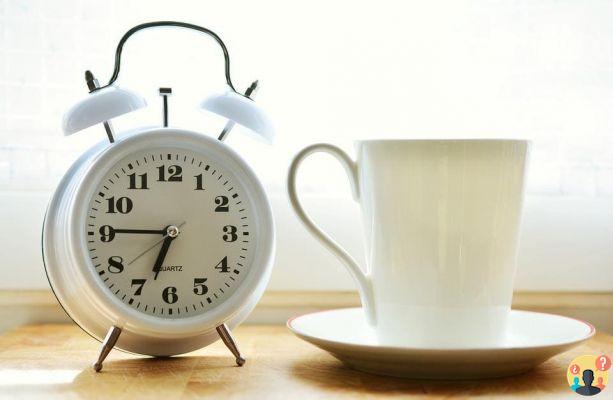 Are you lucky enough to suddenly sleep through the night, being one of those people who close your eyes and don't wake up until the next day? Or are you the type to always wake up in the middle of the night with no apparent explanation?

If you identify with the latter group, you should know that nighttime sleep interruptions are common for most people, and in many cases this interruption occurs precisely between 3 a.m. and 4 a.m.

Some popular beliefs generally believe that this particular time is when witches are loose in the streets, others claim that it is the evil spirits that lurk in the rooms at mid-dawn; but what does the mystical world really conclude?

Think about the last times you woke up suddenly. Chances are you looked at your watch to see how long you could sleep and found out it was 3am.

What does it mean to wake up between 3 and 4 in the morning?

There are several mystical theories about waking up involuntarily at 3 a.m., and one cannot say with certainty which of these theories is the correct one, because it all depends on your belief and outlook on life. Below you will find several interpretations of this phenomenon that literally keeps you up at night. See how each religion interprets this fact, consider what makes the most sense to you, and identify what your sudden awakening symbolizes!

Meaning of waking up between 3 a.m. and 4 a.m. for the Catholic religion

With this, it is emphasized, in this religion, that the death of Christ - one of the most important events in Catholicism, which symbolizes the liberation from the sins of humanity - occurred 3 hours after -noon, and that Le Diable would then have appropriated 3 a.m. (instead of 15 p.m.) as a way of representing the victory of darkness over light.

Thus, if 3:00 p.m. is a time that refers to heroism, kindness and the forgiveness of sins, the time of 3:00 a.m. is the time of the manifestation of the hidden forces, it is when the temptation and evil take over people's thoughts. . Waking up at this time is therefore proof that the demons are trying to provoke you and lead you to evil in a very intense way.

There is no particular reason for this to happen to anyone, as the forces of evil do not choose targets, but be sure to lead your life in such a way that you surround yourself with light, in case it happens often.

Meaning of waking up between 3 a.m. and 4 a.m. for spiritualism

Although only those who have developed mediumship are able to make contact with spirits, the religion asserts that at dawn all inhabitants of the material plane communicate with inhabitants of the other plane of existence, even if they are not aware of what is happening.

The spirits you come into contact with during this time may develop thoughts in your head and even encourage you to take certain actions in life, but you will not be able to remember that contact.

So, waking up at 3 a.m. is proof that spirits are intensely communicating with you, to the point that this process almost takes over your conscious mind and wakes you up. It is therefore a natural event, which manifests itself on occasions of intense spiritual activity.

Meaning of waking up between 3 a.m. and 4 a.m. for Umbanda

Like spiritualism, the Umbanda religion holds that waking up at three in the morning is not necessarily a negative sign. In this belief, each hour has a meaning – and they are divided into neutral, open or closed hours. Knowing each hour and which of these time slots it belongs to is very useful for Umbanda practitioners, who use this information to understand the best time to perform rituals and prayers.

What to do when getting up between 3 a.m. and 4 a.m., according to each religion?

If you woke up at three o'clock in the morning and you follow the Catholic religion, you must protect yourself from the demons who try to reach you. For this, you need to pray a prayer of protection and ensure the presence of God, removing negative influences, which will allow you to sleep.

For spiritualism and for Umbanda, getting up at 3:4 a.m. / XNUMX:XNUMX a.m. is not a negative thing, as has been presented above. So when this happens, you should take advantage of the moment to say a prayer, to thank yourselves for your day, for your life and, above all, for the contact that beings from another vital plane establish with you.

Now that you know what waking up at 3 a.m. / 4 a.m. means to religions, how about seeing what science has to say about it? Even if you already feel sufficiently contemplated with the spiritual interpretations of this singular event, understanding how physics or medicine relates to this dawn awakening can be surprising!

Waking up Between 3am and 5am: Spiritual Significance ❯

add a comment of waking up between 3 a.m. and 4 a.m.: Spiritual significance