Dream about being robbed: What meanings?

Author and references
Dream about being robbed: What meanings? 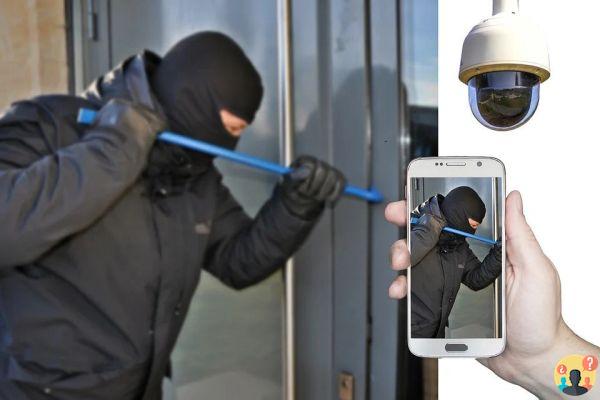 We say it and repeat it often, the interpretation of dreams is never a linear matter. In fact, dream images do not always represent exactly what we see. Much more often, it is necessary to reason by allegories, for which each element of the dream represents in fact a symbol which it is necessary to analyze to give it the good direction.

But dreams are also the representation of our fears, so sometimes we dream exactly what scares us and that we would rather keep away from us. An example is dreaming of being robbed, a dream image that can reveal real fear, perhaps of a sensitive or easily impressionable subject.


Why is dreaming of being robbed so common?

A report or the story of a relative can cause agitation and lead us to have nightmares of this kind. But in reality if we wonder what it means to dream of being robbed at home, outside the context mentioned above, the discussion becomes more complex, because we must first start from the meaning of the house in the world. dreamlike.

In fact, the house represents us, our identity. The outside is what we normally show to the world, while the inside is our deepest feelings, the most private part of us, the one we only share with the closest people and guard jealously. , locking the front door and locking the windows. .

Therefore, dreaming of a thief who manages to break into our house, therefore can represent the fear of being "discovered", of seeing our most fragile and hidden part.

Dream about being robbed by breaking and entering

If we dream that someone is robbing us, breaking into our house, it can mean that our unconscious puts us in front of the fear that someone or something can take away those we love . A sick parent, a child about to leave for college, or about to get married can be represented in our dream by jewelry and valuable possessions that we have in our home that are stolen from us.

Dreaming that the burglar leaves with nothing

There is, however, a positive interpretation of this type of dream. If the thief tries to commit the burglary but fails or fails to take anything away, it can mean that despite our fears, we are strong and able to handle a possible detachment from what we love.


But it can also be a kind of awareness. Our inner self tells us that we are ready to give up something that is close to our hearts. This time by our choice and not by the imposition or passive acceptance of a situation that we thought was unmanageable.

Dreaming of being robbed by a loved one

Dream about being robbed while at home

Your lack of vigilance has exposed you to others and things may be uncovered about you that you also wanted to keep secret.

Dream about having valuables stolen

An important part of your life has been made public or is about to be made public, such as a development or a new project.

Dream about being robbed and killed

What has been discovered puts you at the worst it is like a symbolic death very often close to a loss of identity.

Dreaming about being robbed and killing the burglar

In this case, what was unveiled from the dreamer does not fully affect him, he is able to cope with it.

Dream of being robbed - the general interpretation

As a symbol of the dream, the burglary that happens to us can represent a loss or disappointment, which however has nothing to do with money or an object. Perhaps the dreamer was stripped of his illusions. It may hurt at first, but it also helps to see things more clearly.


Being robbed in a dream sometimes indicates problems the dreamer is having with someone or something in waking life. If the thief in the dream is a well-known person or even a relative, this is a clear indication.

Sometimes the dream symbol also represents difficulties in recognizing one's own worth; the dreamer feels deprived of their sense of honor or self-esteem.

Dream of being robbed - the psychological interpretation

Psychologically interpreted, the dream symbol of being robbed indicates interpersonal relationships and tensions.

The dreamer fears that a loved one will be taken from him and would like to keep him by any means. He is actually aware that not everything in life can be controlled. Nevertheless, he tries to compensate for the loss by increasing his attention or alertness. Jealousy and the fears behind it are represented in the dream by stealing.

Fears can also have a sexual aspect if the dreamer does not value himself and fears that his strength will diminish, that his efforts for the partner will be insufficient or unattractive.

Dreaming of being robbed - the spiritual interpretation

In the spiritual sense, theft in the dream represent lost illusions.

The path you wanted to follow may not be the right one. From this situation, however, a new beginning is also possible.

Dream of being flirted: What meanings? ❯

add a comment of Dream about being robbed: What meanings?