Dreaming about a bat: What meanings?

Author and references
Dreaming about a bat: What meanings? 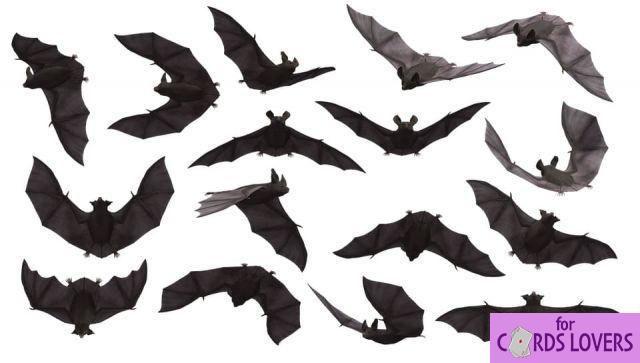 Dreaming of bats is more common than you think. The bat is found in nearly 900 different species worldwide, including about 40 in Europe. Its name is derived from the term “floating mouse”. Along with the rather large fruit bats, the bat belongs to the species of bats.

Bats are the only mammals capable of active flight; They orient themselves with ultrasound and emit sound waves that are imperceptible to humans and reflected by obstacles. With the exception of cold Antarctica, floating nocturnal animals are present flying on all continents; they live in attics, in caves and dark forests that provide enough hiding places.

In sagas and stories, the bat is usually associated with vampires or other beings of darkness. The story of the feared vampire "Dracula", based on a novel (1897) by Bram Stoker, is still known today and is based on the cruel prince Vlad III. Drăculea, who ruled Romania in the 15th century and had his enemies and criminals impaled alive on stakes. In the novel, the vampire "Dracula" goes on a night hunt to suck blood from his victims' carotid artery.

With such stories, the bat with its sharp canines is rather feared by people. But does this also apply to the world of dreams? What does it mean when a bat sneaks into our dreams?

Dreaming of bats - The most common dreams

The characteristics of the bat in the dream

Dream that a big bat is flying

The size of a dream animal usually has an intensifying effect on the interpretation of a dream image. So anyone who sees a big bat in a dream, may have to struggle with enormous difficulties in reality. Worries seem to be spiraling out of control - but the solution is near! Pay attention to other symbols in this dream.

Bats generally have a brownish to black body color, so they adapt well to dark night and become almost invisible as soon as they go hunting at dusk. The black bat as a dream symbol shows that you are no longer safe, at least not as much as you think. Although you have an idea of ​​your own abilities and talents, you are still only at the beginning of fully exploiting and using them. Your own person has not yet been fully explored.

In traditional symbolism, anything white is related to aspects of innocence, purity, and clarity. At the same time, it creates a certain degree of vulnerability. The white bat, which is also extremely rare in the wild, usually signals a loss in the waking world, which greatly affects the dreamer. The other details of this dream show whether misfortune is more likely to be in the private or professional environment. Either way, you need to keep your eyes peeled and be prepared to deal with it.

Dreaming of a blue bat

Blue color can foretell grief and worries in dream symbolism. It is therefore indeed possible that a phase of mourning will come to the dreamer. However, ups and downs are perfectly normal in everyone's life; you should not be disturbed or afraid of tragic events. With a positive outlook on life and a stable social environment, the person concerned can easily overcome obstacles! 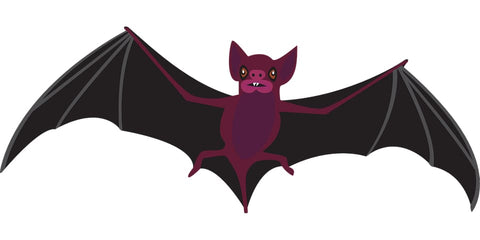 What the bat does in the dream

Dream about seeing a bat

Anyone who discovers and observes bats in their dreams is preparing for future troubles. The dreamer's subconscious perceived signs of potential trouble; a bat's dream warns against taking life 'lightly'. An inconstant person who finds it difficult to make decisions might particularly suffer from his failures if he sees a bat in his dream.

Dream about a flying bat

For the flying bat in the dream, there are different interpretation approaches - depending on the context in which the animal appears. If you just see it flying and other symbols do not play a role in the dream, the bat represents the failure of a certain project.

However, if the flying mammal is involved in a dream situation in a specific context, the dream represents the dreamer's wish for freedom.

If bat wings play a special role, new and fresh ideas and projects are formed in the dreamer's head. The sleeping person may be extremely creative. Those who are not yet aware of it should express their talent!

Dream about talking to a bat

Dreaming about having a conversation with a bat is very unusual - but not that rare. Of course, for the interpretation of this dream you need to try to remember the conversation. What has been said can already offer the dreamer the solution. If the content of the conversation has evaporated, talk to the mammal indicates a conflict shooting that is unique to you and that it is time to settle.

Dream about eating a bat

Eating a bat with skin and hair on in a dream can lead to a feeling of disgust when waking up. In the dream world, eat an animal (still alive) means giving in to one's passions. This becomes problematic when one acts too emotionally, struggles with the logical weighting of decisions, and is prone to emotional outbursts.

Dream about being attacked by bats

Did a little bat bite you in a dream, maybe even suck your blood? The attack of a bat and the bite of the bat symbolize a problem that gets on your nerves.

Dreaming about a vampire bat

If the bat bites into the dreamer's neck, like the bloodsucker and vampire Count Dracula, then this dream image should be understood as a warning: risky actions need to be better thought out, you also have to be skeptical of strangers and not trust everyone equally.

If the dream bat sucks in another person, this dream situation symbolizes the strong and stable life energy of the dreamer. You approach your projects deliberately and with enough self-confidence!

To kill a bat in a dream signals to the sleeper detachment from his troubles. The people who have this dream actively fight difficulties and repress their feelings about them. Killing a mouse in the dream experience means at the same time that the dreamer wants a change in his life.

Killing in a dream is very often positive. 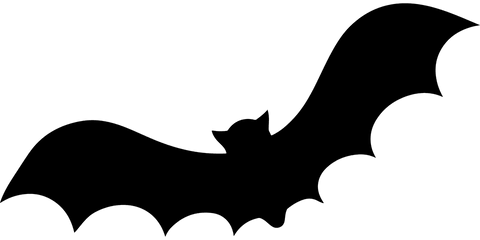 Dreaming of a pet bat

The idea of ​​keeping a bat at home would certainly not come to mind in the real world. But such situations are conceivable in our dreams. So, if a bat flies into our house in a dream, kept as a pet, then there may be a private issue. The feelings of security and protection that are normally felt in the home are therefore threatened..

Dreaming about flying bats with birds

The two animal species, birds and bats, represent the desire for freedom and independence. Creativity and original ideas can also be expressed through animal flight. If you see a bird and a bat together in a dream situation, this creative skill increases, as does the need for freedom.

The nocturnal bat often has a negative role in dream interpretation. When she appears in the dream world, she announces worries and problems . The dreamer will then eventually have to fight with a difficult future, which concerns him or his immediate environment.

On the one hand, it can indicate impending problems in the waking world, but on the other hand, it can also be a call to critically reflect on the current situation. Are you satisfied in real life or do you want to change some things?

However, a blood-sucking bat in a dream here symbolizes the strong vital energy with which the dreamer puts his goals into action.

The dream image should be interpreted positively if many bats can be seen in the dream. In this case, dream research sees it as a sign of business success that will happen despite worries about debt.

If the dreamer can catch a bat in the dream world, then an improvement in the situation is coming. In case of illness, this means early healing.

If the dreamer is attacked by a bat, this indicates bad gossip and bad thoughts. Is there anyone around you who thinks or even speaks badly of you?

A white bat has a special role. If such a bat appears in the dream world, then misfortune is referred to. Sometimes the dream foretells a death in the immediate vicinity - but don't worry, this doesn't have to be the case! It can also be a loss, for example in the professional or private sphere, such as the separation of a friend and the end of a friendship.

The bat is one of the animals that has always scared people. In the interpretation of the psychological dream, therefore, the bat is always interpreted as a sign of fears that arise in the subconscious of the dreamer.

If the bat appears, it usually means that the mental balance of the dream is disturbed. He then often suffers from various fears in the waking world that consciousness cannot control. Perhaps there is also something in the dark, which the dreamer is afraid of. This interpretation is especially likely when the Dream Bat flies through a strange forest.

The psychological interpretation of the dream often sees in the bat a symbol of the instinctual feelings that the dreamer has.

If it appears in the dream world, the bat usually serves as an invitation to the dream to seek more self-knowledge and harmony. Sometimes it can also indicate the dreamer closing their eyes to something or just relying on their instinctive sense of direction.

The bat is in the spiritual interpretation of dreams perceived as a sign of spiritual confusion.

Dreaming about hair: What meanings? ❯

add a comment of Dreaming about a bat: What meanings?