Dreaming about feathers: What meanings?

Author and references
Dreaming about feathers: What meanings? 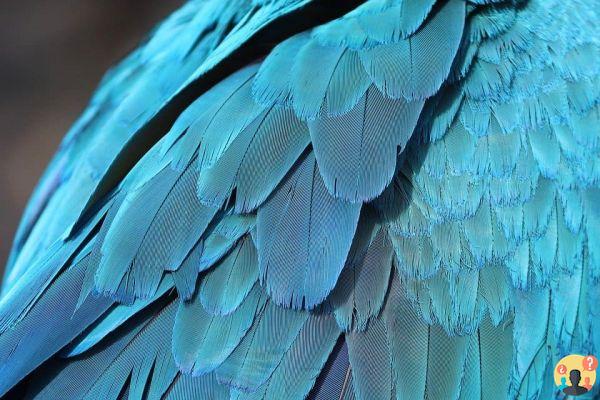 Feathers have always had a special place among primitive peoples of all kinds. Feathers are also used time and time again in rituals in the practice of shamanism or in esotericism.

They are particularly popular for fumigation in homes for energy cleaning. Feathers are considered a sign of appreciation by Native Americans and wizards.

The number of feathers on the head of the indigenous people indicates the rank they occupy in the hierarchy of their tribe. Indian chiefs in particular adorn themselves with pompous and unique feathers, which are gifts from the birds and give the wearer high status in the tribe.

In the social circles of our culture, feathers are used in many ways. On the one hand, they were used as an important tool for writing with ink on paper in previous centuries, before the invention of fountain pens and pencils.


On the other hand, at one time it was also fashionable to wear feathers as ornaments on hats. Feathers are still stuffed into upholstery, blankets and jackets to this day to be warmed by them on cold winter days.

The brown color announces a stage of transition in the symbolism of the dream. The emotions of the person who is dreaming play a very strong role at the time of the dream and therefore it is very advisable to keep the memory of these feelings alive.

If a negative feeling resonates after waking up in connection with a brown feather, this indicates that an expectation or hope will not be fulfilled. If you wake up to a truly positive level of vibration, a bad thing may appear at the moment, but it brings to light some beneficial ideas.

Basically, the respective color indicates the direction, whether a loss is to be expected in a situation or whether it is successful.

Dream about finding a feather

If there is a feather in front of you in a dream, then for the correct interpretation after waking up, you should immediately find out whether there was joy about this discovery or rather the opposite.

Because of this, if a pleasant feeling about this find arises, this could portend favorable events for the person concerned. If you dreamed about finding a feather that you find and you feel unwell about it, then a somewhat disappointing experience might be waiting for you.

Dream of feathers in the mouth

Do you have a mouth full of feathers in a dream? It could indicate that there are obstacles preventing you from understanding and processing what is happening in the real world. A full mouth inhibits receptivity. The feathers symbolize in this dream the barrier to the expression of thoughts and feelings towards others.

If one sees himself picking up feathers from the ground in a dream, then a victory will be revealed to you. So, picking up feathers predicts that opportunities will come your way. With more awareness of certain things and facts, one can draw clearer conclusions and that is why a new freedom is heralded.

Dream about a chicken feather

If you dream of chicken feathers, you are called to deal with root problems and to deal with deeper life problems. In the fast-paced daily life, the dreamer probably doesn't take enough time to turn to old entanglements that push for resolution.

In any case, it is regularly important to take time for inner wounds in order to go through life more carefree and free or even to let go completely.

If the feathers appear in the dream in the bed, for example on the upholstery, it could be a sign of an obstacle in the path of the person concerned, or at least a sign of trouble.

Dreaming of a crow's feather

What does it mean to dream of a crow's feather? The crow is one of the mystical animals that are often used in stories and legends as guards or messengers. They deliver messages and keep secrets and you have magical powers, such as those of transformation.

So, if a black raven feather appears in a dream, it should indicate to the dreamer that he is about to ascend to a higher spiritual level. He is ready for higher knowledge and his spiritual insights are enhanced and lead to an adventurous journey!

Dreaming of an eagle feather

Finding a large eagle feather is a rare find, not only in real life, but also a great experience in a dream. A large beige-brown feather is very striking in the dream world.

The feather of this bird of prey represents STRENGTH and POWER. The sharp eye of the eagle symbolizes gaining OVERVIEW of the whole. The plumage of the eagle indicates that the dreamer will successfully implement the goals he has chosen.

Dreaming of a falcon's feather

The falcon, like the eagle, belongs to the birds of prey according to biological understanding. Its feathers symbolize SUCCESS and EVALUATION. As soon as a falcon feather appears in the dream, the dream shows the person concerned that he is in a phase of glory. Especially if the feather in the dream shows itself perfectly flawless. If the feather is quite incomplete, then this phase will be a bit short.

In waking life peacocks can usually only be seen in zoos and are rarely seen in their natural habitat unless you are traveling to India. This is mainly where you will find these beautiful animals with radiant blue-green plumage in the wild or even near holy temples and ashrams (monasteries).

If a woman dreams of this beautiful creature, it could indicate high esteem or professional promotion. To be in possession of peacock feathers in a dream indicates that one prefers luxury in life and also loves and lives a life full of sweetness.

Seen in general, to see a feather in a dream means that the sleeping person, who has received undue recognition and praise in real life, is adorning himself with foreign feathers, so to speak.

Even if he knows he is not entitled to it. Maybe this dream provides a good opportunity, which the dream recommends to evaluate yourself and consider whether your life is characterized by too much selfishness, pride and arrogance or even boastfulness.

However, it is always about the very individual message, depending on the context in which one dreams of feathers. If one swirls feathers while shaking a down comforter or a pillow in the dream, it represents an impending argument.

Other interpretations of this dream symbol: if feathers fall on the dreamer, he can easily float through life. To adorn oneself with feathers announces a great journey to come.

From a psychological point of view, the dream symbol of the feather can express that the unconscious hopes and desires are there, so that you can let yourself be carried away by the "airs of life" as easily as a feather in the search for the unknown and the unknown. and explore you even more.

Seeing feathers in a dream also encourages you to lead your own life more SOFTLY and LIGHTWEIGHT. Be calmer and more attentive to yourself and others. Perhaps there is also a work in the room that would like to be completed.


The interpretation of spiritual dreams

From the perspective of the spiritual interpretation of dreams, the feather symbolizes the spiritual development of the person concerned.

The feather embodies the AIR element and also represents our soul. People with a sensitive and spiritual disposition generally see feathers as a message from the spiritual world and also as a symbol of the existence of guardian angels and other spiritual helpers.

add a comment of Dreaming about feathers: What meanings?