Hamster hibernation: What you need to know

Author and references
Hamster hibernation: What you need to know 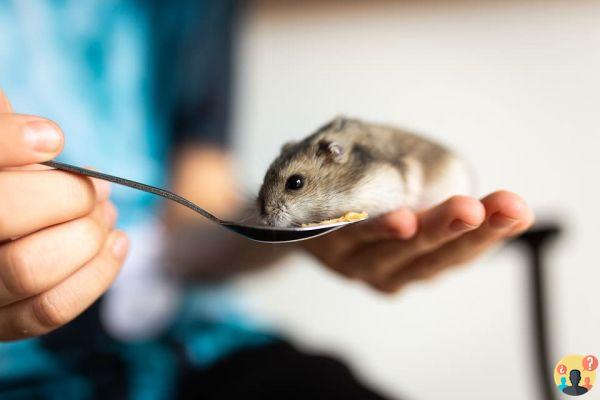 In the wild, hamsters typically hibernate, but as pets they do not. This is explained by the stability of temperature and the abundance of resources available to them in their artificial environment. They don't need to lower their metabolic activity to conserve energy, as this is the optimal environment for them.

These animals are the most popular rodents among pets. The Syrian hamster, Russian hamster and Roborowski dwarf hamster are some of the most popular as pets. Therefore, it is natural for a sitter to wonder at some point if their pet will go into hibernation in its lifetime. Here we show you how to avoid it.

What is hamster hibernation?

Hibernation is a state of continuous lethargy experienced by some animals during the winter season. During this time, the animal's metabolism drops to its lowest level. Likewise, the respiratory and heart rate, as well as the temperature, also decrease.

At this stage, these animals do not eat, drink, urinate or defecate, as they remain immobile and some of them - such as the brown bear - remain so for long periods of time. As surprising as it may seem, this species remains dormant between 150 and 210 consecutive days. This means that the animal spends more time asleep than awake per year.

Hibernation is induced by hormones. The internal biological clock is involved in this phenomenon, preparing the animal for hibernation in response to certain environmental conditions, such as temperature drops or food shortages.

Before winter, when the weather is favorable and food is plentiful, animals consume large amounts of high-calorie food and store the excess as fat in adipose tissue. As you can imagine, they are preparing for the dark times ahead.

This allows many species of mammals to spend the entire winter "sleeping" in their burrows or shelters. They therefore do not have to go out to look for food in times of scarcity and very low temperatures.

The energy needed to maintain basic vital signs is generated from fat stores that animals have previously accumulated. In addition, it acts as an insulator from the cold.

Like many small mammals, hamsters can hibernate - in fact, hamsters do hibernate in their natural state. However, the conditions of a wild environment are very different from those of a domestic cage.

Hibernation is a physiological phenomenon, but it depends on external conditions. In the wild, hamsters begin preparing for hibernation when the temperature drops below 15°C (59°F).

Another important factor that induces hibernation in hamsters is the amount of light per day. Fewer hours of light and a drop in temperature indicate the change of seasons. Therefore, this climate change marks the time when the animal prepares for winter rest.

A hamster kept cold and dark is more likely to hibernate than a hamster kept in a cold but well-lit environment for more than 12 hours a day. Other important factors that trigger this behavior are food supply, isolation and stress.

How do you know if a hamster is hibernating?

It's unusual for a pet hamster to hibernate, but if the conditions aren't right, it can. In this state, it is easy to believe that the animal is dead, but its vital signs, even if slowed down, are maintained.

During deep hibernation, the animal's heart rate drops to just four beats per minute. Additionally, his breathing rate can drop to a single breath every two minutes.

In addition, the animal adopts a cuddly posture, with the limbs a little stiffer than normal. However, these limbs can be easily extended by manipulating them a bit. On the other hand, the mustache can contract subtly if the guard touches them.


If the animal were dead, its body would be rigid - corresponding to rigor mortis - and would show no signs of life after 24 hours at a temperature of 20°C (68°F) or, failing that, after any handling by his guardians.

How do I prevent my hamster from hibernating?

Everything indicates that the harsher the environment, the more likely the animal is to hibernate. To prevent a hamster from hibernating, it is necessary to create favorable environmental conditions. This is possible by taking into account the following parameters:

As we have seen, the hamster can be prevented from hibernating by fulfilling a number of very simple conditions. With an adequate ambient temperature and abundant food, you will be able to benefit from the energetic activity of this small rodent throughout its life cycle.

Bear hibernation: Everything you need to know ❯

add a comment of Hamster hibernation: What you need to know