The Sleep of the Lion

Author and references
The Sleep of the Lion 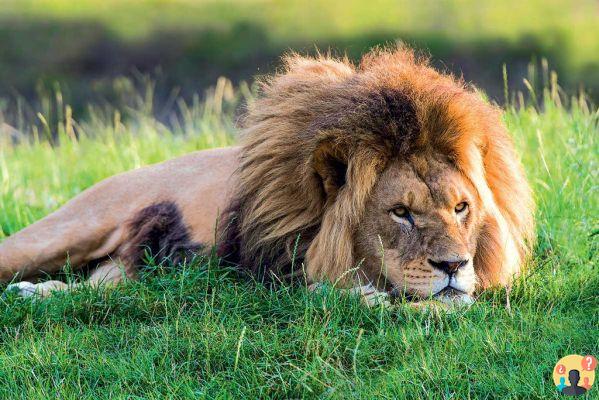 The Lion is the animal of power and conquest par excellence. It is often depicted in various objects and accessories in Western culture.

Yet when he is not hunting, he spends the vast majority of his time sleeping and lounging, giving him the image of a lazy king doing nothing all day. Let's see together why lions sleep so much.

The Leo is a heavy sleeper. It might even make your cat spending the days on the couch look hyperactive. Indeed, they sleep 18 to 20 hours a day dozing.

Lionesses do little better, between 15 and 18 hours of sleep per day. But they spend more time hunting and caring for the cubs.

In addition, lions can sleep 24 hours after eating.

The sleeping time of different types of lion

Certain genera of lions sleep 14 hours a day only in South Africa. With no established pack, they must spend more time protecting themselves from opposing lions and elephants that can kill them.

Another example, zoo lions only sleep 10 to 15 hours a day, which is not necessarily natural and we recommend that all lion lovers avoid zoos in which the sleeping pattern of lions is not respected. 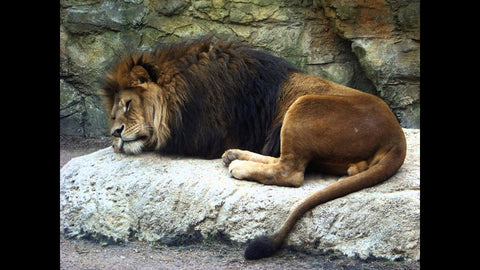 What is their sleeping pattern?

Lions tend to be nocturnal animals, hunting after dusk when it is cool and less noticeable by appearance. Most of their sleep is done during the day.

Sleeping during the day also allows them to be able to hunt in cooler heat.

In what environments do they sleep?

Lions generally sleep in shady corners, unable to find sleep in direct sunlight. They generally sleep in groups, because the corners of shadows are restricted in Africa and in the areas of Asia where they live. Within their territories, they are not afraid of predators, even while sleeping.

Why do lions sleep so much?

Lions love to relax and bask. They spend between 16 and 20 hours a day resting and sleeping because they have few sweat glands, and tend to conserve energy by resting during the day.


Their fights against buffaloes and elephants can also be very violent and very long, quickly exhausting their reserves.

Some accommodations offer sleeping accommodation equipped with large bay windows facing packs of lions. If companies respect the conditions necessary for the development of lions, it may be a good experience to live. They will sleep less than in freedom, not needing to exert themselves to hunt, on the other hand they will be much less impressive than their wild counterparts.

They will be much older, frequently living up to 30 years in captivity versus 15 in the wild.

add a comment of The Sleep of the Lion