Author and references
Why do I sleep all the time? 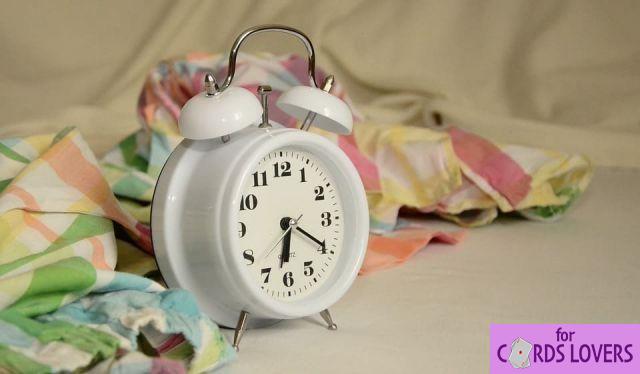 Excessive daytime sleep, discouragement, inattentiveness, and irritability are symptoms of a poor sleep routine. But did you know that these signs can be associated with various diseases? To make sure it's not just fatigue from a bad night's sleep, watch for other signs. Usually, when sick, the person feels tired and weak even after a night's rest.

So if you are already following our advice to improve your nights sleep, engage in physical activity, avoid the use of cell phones and electronic devices before bed, eat light foods at night, avoid cigarettes and drinks alcoholics, using the right pillow, getting the required hours of sleep based on your age, and even then the uncontrollable urge to sleep or nap during everyday situations and activities persists, something is seriously wrong. Don't hesitate to seek out a specialist doctor and get a check-up!

Why I sleep all the time: the different causes

Sleep apnea is one of the main sleep disorders. It is characterized by an obstruction of the airways during sleep, that is, a decrease in oxygen in the lungs, which causes the person to wake up several times during the night. People with this condition suffer from snoring, respiratory arrest, waking up with suffocation and nocturnal suffocation.

Often people do not even notice these breathing failures, but wake up several times, fragmenting sleep. And the result is excessive sleepiness the next day!

In these cases, it is recommended to seek out a doctor who specializes in sleep disorders, who may order a test called polysomnography.

Do you eat iron-rich foods, such as red meat, beans, eggs, and beets? A lack of iron in the blood can also lead to discouragement and excessive sleep. Indeed, the low production of hemoglobin generates weakness and indisposition.

Try to eat iron-rich foods and get routine checkups. If you have these symptoms, see a GP or gynecologist. To identify this disease, it is necessary to do a blood test called a blood count.

According to a survey carried out by the World Health Organization (WHO) in 2017, 5,8% of the Brazilian population suffered from depression. This percentage represented 11,5 million people.

Currently, depression affects an increasing number of people. Although it is a disease that affects the mental part of the person, it also ends up affecting the body. It is characterized by the negative way the individual feels, in addition to lack of mood, anxiety, anguish, fatigue, and drowsiness.

If you suspect the symptoms, seek a psychiatrist to begin the most appropriate treatment.

Like depression, too much sleep may be linked to heart disease. Arrhythmia or clogged arteries make a person feel exhausted or even dizzy. This happens because the heart does not have the strength to pump blood throughout the cup and hence the feeling of tiredness and drowsiness occurs.

In this case, you need to seek out a cardiologist for blood tests and an electrocardiogram.

Hypothyroidism means a reduced production of thyroid hormones, responsible for the acceleration of our metabolism. Reducing this hormone slows down our metabolism and increases sleepiness.

It is recommended to seek an endocrinologist, who will order hormonal tests.

Fibromyalgia causes the person to experience frequent pain and, as a result, have difficulty concentrating and become intensely tired. Additionally, there is an increase in pain sensitivity and daily tasks may be affected, as even after a night's sleep fatigue persists.

If you notice the symptoms of fibromyalgia, seek out a rheumatologist who can order a series of tests to really confirm the disease.

Narcolepsy is a disease characterized by excessive sleepiness, even if the night's sleep has been of good quality. In these cases, the person cannot stay focused and, in peak sleep periods, sleep anywhere, even while driving.

In addition to excessive sleepiness, other symptoms of this disorder are: sleep paralysis, hallucinations in the initial phase of sleep, and cataplexy - sudden loss of muscle strength, without loss of consciousness. Narcolepsy is caused by a deficiency in the hormone called hypocretin, which regulates sleep.

And keep an eye out! Ensuring quality sleep is one of the main factors in having a good quality of life.

Why does my cat drool when he sleeps? ❯

add a comment of Why do I sleep all the time?