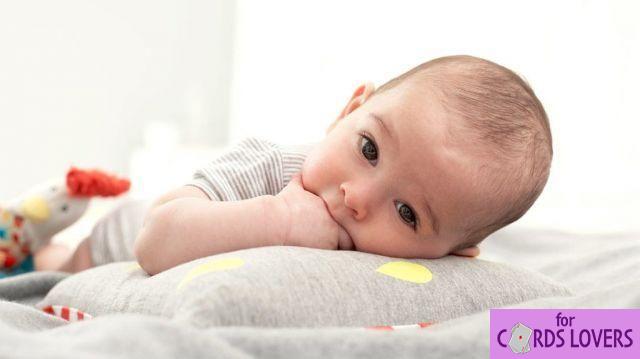 Baby sleep apnea occurs when the child momentarily stops breathing during sleep, which leads to a decrease in the amount of oxygen in the blood and brain. It is most common during the first month of life and particularly affects premature or low birth weight babies.

Its cause cannot always be identified, but in any case, whenever it occurs, the pediatrician should be notified so that tests can be performed to identify the cause and initiate appropriate treatment.

Some of the signs and symptoms of sleep apnea in babies, also known by the acronym ALTE, can be identified when:

As a rule, short pauses in breathing do not harm the health of the baby and can be considered normal. However, if the child not breathing for more than 20 seconds and/or if this is frequent, the child should be taken to the pediatrician.


What causes this sleep disorder?

The causes are not always identified, but sleep apnea can be linked to certain situations such as asthma, bronchiolitis or pneumonia, the size of the tonsils and adenoids, being overweight, malformations of the skull and face or neuromuscular diseases.

Baby sleep apnea can also be caused by gastroesophageal reflux disease, seizures, cardiac arrhythmias or brain failure, i.e. when the brain stops sending the stimulus to the body to breathe and that the latter cause cannot always be identified but the pediatrician will make this diagnosis when the baby shows symptoms and no changes are found in the tests performed. 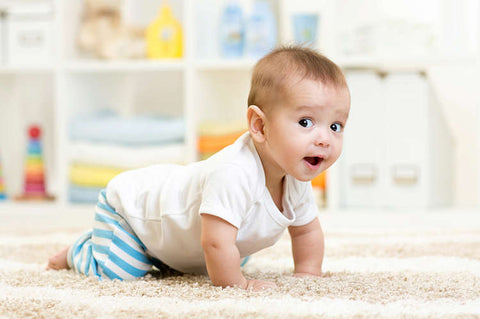 What to do when the baby stops breathing?

If it is suspected that the baby is not breathing, it should be checked that the chest does not rise and fall, that there is no sound or that it is not possible to feel the air out by placing the index finger under the baby's nostrils. You should also check that the baby is of normal color and that the heart is beating.

If the baby is not really breathing, an ambulance should be called immediately, and an attempt should be made to wake up the baby holding it and calling it.

After sleep apnea, the baby must resume breathing on their own with only these stimuli, as breathing usually stops quickly. However, if the baby is taking too long to breathe on their own, mouth-to-mouth can be done.


How to do mouth to mouth breathing on the baby?

How is the treatment done?

Treatment depends on what is causing the breathing to stop, but can be done with drugs such as theophylline, which stimulates breathing, or surgery, such as removal of tonsils and adenoids, which improves and usually cures apnea, increasing the child's quality of life, but this is only indicated when the apnea is due to the increase in these structures, which is not always the case.

Baby sleep apnea, when left untreated, can lead to many problems in the child, such as brain damage, developmental delay, and pulmonary hypertensionEg.

In addition, there may also be a change in the growth of children, due to the decrease in the production of growth hormone, since it is during sleep that it is produced and, in this case, its production is diminished.


How to take care of the baby with sleep apnea

After carrying out all the examinations and it is not possible to identify a cause for stopping breathing during sleep, the parents can be more rested because the baby is not in danger of death. However, it is necessary to pay attention to the breathing of the baby while he sleeps and to take all necessary precautions so that everyone at home sleeps peacefully.

Some important measures are to always put the baby to sleep in his crib, without pillows, stuffed animals or blankets. If it is cold, you should choose to dress the baby in warm pajamas and use only a sheet to cover him, taking care to secure the entire side of the sheet under the mattress.

The baby must always be asleep on his back or slightly on his side and never on his stomach.

The baby may need to be hospitalized so that doctors can observe when he stops breathing and perform certain tests such as complete blood count, to rule out anemia or infections, in addition to sodium bicarbonate, to rule out metabolic acidosis and other tests that the doctor may find necessary.

Arginine before sleep: What you need to know ❯

add a comment of Baby Sleep Apnea: Understanding and Treating