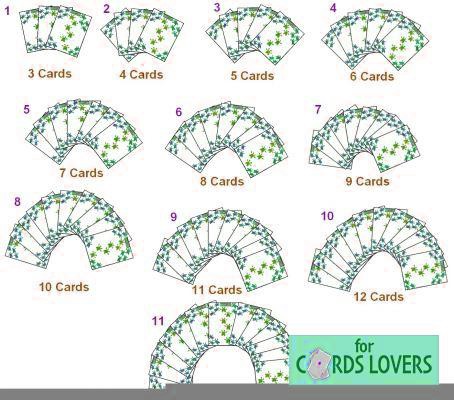 The object of the game is to score as few points as possible. Cards are worth the number shown, figures are worth 10 points and Ace is worth 15 points.

Both and wild cards are always a show-off. There is also the round card which is face up and changes with each hand. It also determines the number of cards the players will have in their hands. The first hand is always the three. The players then have three cards. It is followed by the four, then the five, then the six... until the Ace, which gives 14 cards.

Players must make straight or triple/quadruple combinations. When a player has only straights and/or triplets in his hand, he says " Pay me !". The other players take a final turn, then the round is over. Each player puts all the cards they can on the table. They may play on the hand of the one who said " Pay me !" if they can, following the order of play. The players then count the points they have left in their hands .

Throughout the game, players must draw one card from either the deck or the last discarded card and discard one to finish their turn.

For experienced players, it is possible to add a fifteenth hand of fifteen cards, with only the two and jokers as trump cards.

add a comment of Rules of Pay me ! How to Play this Card Game