Who I am
Aina Martin
@ainamartin
EXTERNAL REFERENCES: SOURCES CONSULTED: 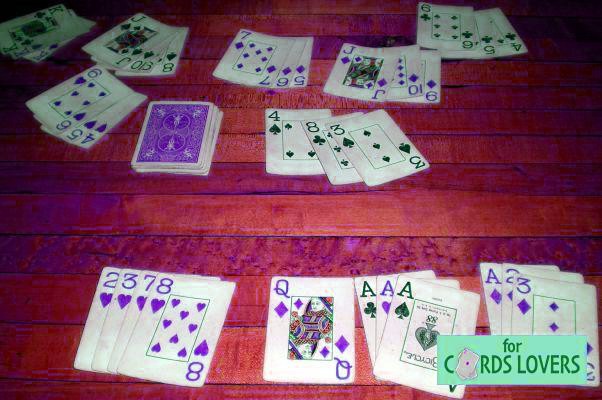 To play Rummy, you need :

The different combinations of Rummy:

No card can participate in more than one combination at a time. However, players may add new cards to the combinations laid out on the board, and on each deck. Finally, the joker can replace any card.

How to start a game of Rummy:

After the deal, the first player places his first combination on the table, and takes one card from his deck, of his choice, which is added to the stock. Subsequent players do the same.

However, to deposit the first time, the combinations must represent a minimum of points which will be calculated by the figures worth 10 points and the Ace worth 11 points. White cards for their face value, added together, this minimum being set at 51 points.

All other players who have cards in their hand will mark the addition of all those cards according to the value given above. The game is played to 1,000 points.

How to win a game of Rummy:

For how to win a game of rummy, The player must be the first to get rid of his cards as quickly as possible by forming combinations on the table in front of him.

Audio Video Rules of Rummy Card Game, How to Play, Combinations
Rules of Crapette ( Russian Bank), How to Play ❯

Add a comment from Rules of Rummy Card Game, How to Play, Combinations

99%
We have been able to give 99% of times, the solutions that users were looking for when consulting our page.