The importance of sleeping in the dark

Author and references
The importance of sleeping in the dark 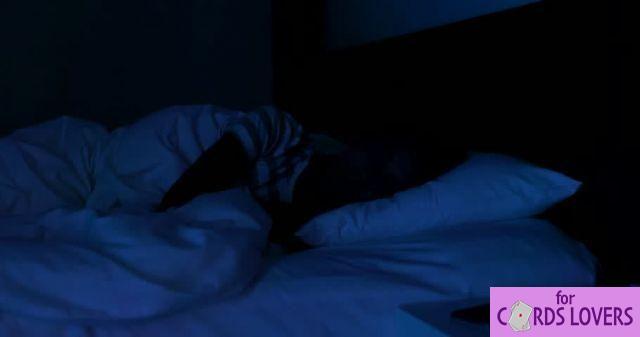 More and more people, to fall asleep, turn on the television and fall asleep with it until the next day. A custom that the latest scientists advise against in order to prevent a good number of diseases and sleep-related disorders. All it takes is a slight source of light to disturb sleep hence theimportance of sleeping completely in the dark

The Importance of Sleeping in the Dark: The Evidence

Sleep surrounded by light sources becomes almost universal with the proliferation of smartphones, tablets or even laptops. Now most of us fall asleep watching a video on a screen. Or we answer on Whatsapp. Or we just check Twitter before bed (see even if we wake up in the middle of the night).

A survey by the National Sleep Foundation indicates that four out of ten Western people bring their mobile phones into their bedroom when they go to bed. Among adolescents aged 13 to 18, the percentage rises to 72% . 61% of Americans also use their laptop at least five nights a week at bedtime.

These light disturbances not only have a considerable effect on the quality of our sleep, but also in the development of future diseases such as diabetes, obesity or depression. 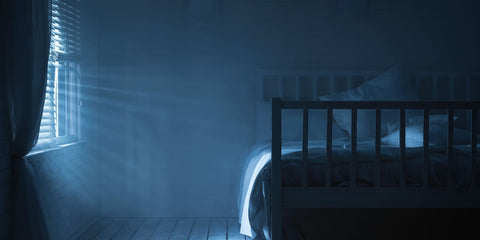 Sleeping in the Dark: The Circadian Rhythm

Our rest, as well as the consequent deactivation and activation of our organism, is synchronized with ambient light, that is, with sunlight, but due to the invention of electric light, it getting harder and harder to sleep in the dark . Which alters our synchronization with ambient light, altering the secretion of melatonin (the sleep-inducing hormone) and decreasing our paradoxical sleep (the period during which we dream, that is to say the moment when the brain reorganizes itself).

Even such a daily activity as reading a book to fall asleep is harmful to our sleep, because we read fewer and fewer books in the traditional format and replace them with backlit electronic books.

And even if we turn off all the lights to sleep, it's also dangerous for our eyes to be exposed to light so close to the face. Because the concentration of melatonin is also altered due to a photopigment of certain retinal cells, melanopsin, which is particularly sensitive to violet and blue light, type of light emitted by the screens of our devices .


A study in this regard carried out by the Rensselaer Polytechnic Institute suggested that melatonin is reduced by 23% with two hours of exposure to light-emitting technological devices . The principal researcher of the study, Mariana Figueiro, the recommended that manufacturers create devices more in tune with our circadian clock.

In addition, many of us will be disturbed by the vibrations of the smartphone with each message or e-mail. In many cases, this even means turning on the device and answering. According to' National Sleep Survey , 10% of people get up several times during the night on the phone, and in the case of teenagers, the percentage increases to 18%.

Other side effects: depression and obesity

Not sleeping in total darkness could even be linked to bouts of obesity and depression.

According to a study from Ohio State University presented at the annual meeting of the American Neuroscience Society in San Diego, television light during sleep can depress our mood.

The principal researcher Rand Nelson and his colleagues used 16 hamsters, half of which slept in total darkness while the others were exposed each night to a light level of 5 lux, the equivalent of that produced by the brightness of a switched on television. In those who slept with light, the hippocampal area was observed to have a lower density of villi (dendritic spines) in neurons, which reduced communication between cells .


A study of Cathy Wyse , from the University of Aberdeen (UK), and published in the journal BioEssays , also suggests that electric light, which is becoming more and more ubiquitous in cities, could be one of the triggers for the epidemic of obesity and diabetes: circadian dyssynchrony would alter the brain systems that regulate metabolism. Another study published in Nature also highlighted how point the development of electric light was painful for our circadian health.

How to sleep in complete darkness?

Not everyone is so sensitive to light at night, but we all seem to be to some degree. It is therefore practical to take some essential measures before falling asleep, such as avoiding the use of computers, tablets and smartphones, reading ebooks on devices without backlights and, finally, ensure total darkness during sleep with the use of a sleep mask if necessary.

add a comment of The importance of sleeping in the dark