Rules of Kemps, How to Play the Card Game

Who I am
Joel Fulleda
@joelfulleda
EXTERNAL REFERENCES: SOURCES CONSULTED: 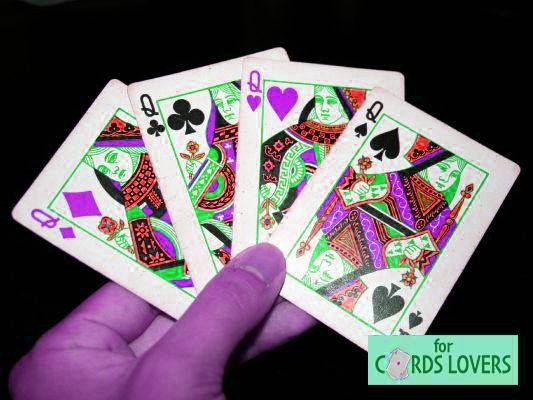 To play Kemps, you need:

How to play Kemps:

Before starting a Kemps gameIn order to play the game, two teams of two players must be formed and placed diagonally at the table. Each team must then find a sign that will allow them to discreetly warn their partner during the Kemps game (example: Touch your nose, scratch your head ...)
Once this has been done, the game can begin. The dealer deals one by one 4 cards per person.
Look out! If one of the players is dealt 3 cards of the same value (e.g. 3 jacks, 3 queens, etc.), he must signal this and exchange his cards for 4 others in the deck.
Once the cards have been dealt, the dealer places 4 cards in the center of the table. At the signal of the dealer, all cards are turned over and the players can draw by swapping their cards with the cards they have laid down. Each player must always have 4 cards in his hand. Once no more players are interested in the cards on the table, they are put back under the stock and 4 new cards are placed face up on the table. And so on, the changing of cards continues.
The moment comes when one of the players has 4 identical cards. He must therefore try to warn his team-mate by giving him the sign agreed upon at the beginning of the game.

Several cases may then arise:

How to win a game of Kemps :

To win a Kemps game and then agrees at the very beginning on the number of points he needs. For example, you have to agree on 10 points to win.

Look out! The goal of this game is to have fun while respecting the rules. For example, it is forbidden to take a card from the table without first putting down one of your own. Obviously, avoid cheating by using techniques that the opposing team could not see (signs under the table for example...).

Add a comment from Rules of Kemps, How to Play the Card Game

98%
We have been able to give 98% of times, the solutions that users were looking for when consulting our page.