Who I am
Joel Fulleda
@joelfulleda
EXTERNAL REFERENCES: SOURCES CONSULTED:

The Ace of Diamonds 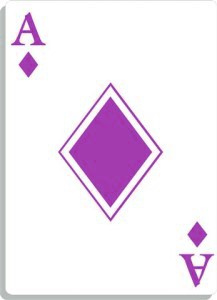 Right: This card represents a letter, a letter, news that one will receive and whose content and positive or negative influence is given by the neighbouring cards.

THE ACE OF CLUBS:
Letter, news announcing an important profit.

THE KING OF CLUBS:
Letter or news from a businessman announcing financial income.

THE JACK OF CLUBS:
Money sent in a letter or letter announcing a bank transfer.

THE TEN OF CLUBS:
Sending a large sum of money.

THE NINE OF CLUBS:
Announcement of an unexpected cash inflow.

ON THE EIGHTH OF TREFLE:
Letter or short story from your loved one.

THE SEVEN OF CLUBS:
Announcement of a small income.

THE ACE OF HEARTS:
Wedding news or a wedding announcement.

THE KING OF HEARTS:
Loving approach that will be crowned with success.

THE LADY AT HEART:
Declaration of love received in a letter or by phone.


THE JACK OF HEARTS:
A letter or short story from the consultant's loved one or from an honest man.

THE TEN OF HEARTS:
A person will ask the consultant for a sentimental appointment.

THE NINE OF HEARTS:
A letter or a piece of news will bring success to the consultant.

THE EIGHT OF HEART:
A sentimental letter or phone call that will fill the consultant with joy.

THE SEVEN OF HEARTS:
Infidelity.

THE KING OF DIAMONDS:
Announcement of a trip or journey.


THE LADY OF DIAMONDS:
News that should not be taken into account.

THE JACK OF DIAMONDS:
The consultant will receive a letter.

THE TEN OF DIAMONDS:
Letter or business news.

THE NINE OF DIAMONDS:
Bad deal.

THE EIGHT OF DIAMONDS:
Messy business.

SEVEN OF DIAMONDS:
Letter or news not very serious.

THE ACE OF SPADES:
Letters or news that ensure success.

THE KING OF SPADES:
News or threatening letter.

THE LADY OF SPADES:
Letter from a harmful, noxious woman.

THE TEN OF SPADES:
Letter giving an appointment.

THE NINE OF SPADES:
News, announcement of a death.

Meaning of The Jack of Hearts

Meaning of The King of Diamonds

Add a comment from Meaning of the Ace of Diamonds

99%
We have been able to give 99% of times, the solutions that users were looking for when consulting our page.