Should you sleep with socks?

Author and references
Should you sleep with socks? 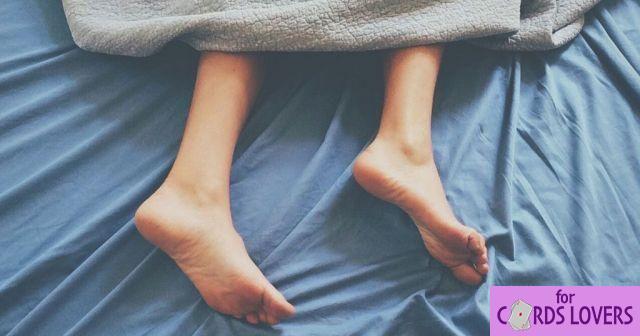 Surely you have already spoken to someone about this question, without reaching an agreement .

But is there really one better option than the other?

Neurophysiologist Francisco Puertas explains to BBC Mundo that in order to sleep, our body's core temperature must decrease between 0,5°C and 0,8 ° C.

"For this we need vasodilation in our hands and feet, which brings more blood to the skin and allows us to lose some heat," explains Puertas, also a member of the Spanish Society of Sleep and sleep unit specialist. from the CHU of Liège, in Belgium.

The US National Sleep Foundation (NSF) says on its website that vasodilation in the hands and feet helps redistribute heat throughout the body and prepare her for sleep.

"In fact, some research has shown that the more vasodilation there is in the hands and feet, the less time it takes to fall asleep," adds the NSF.

But how is this vasodilation achieved?

The NSF notes that "the warming of the feet dilates blood vessels , which can signal to the brain that it's time to go to bed."

"Sleeping with socks can therefore be a good idea if you have trouble sleeping," he adds.

Some people put their feet under the blanket to "cool" them down.

In fact, according to an article published in the Journal of Physiological Anthropology in April, wearing sleep socks had "positive effects on sleep quality" among six young men who participated in research on the subject.

“The time it took participants to fall asleep was shortened, sleep time was extended, and waking times during the night decreased,” details the conclusion of the experiment, conducted by two scientists from Seoul National University, South Korea. .

"In adults, onset of sleep accelerated with warm, neutral socks “, concluded this research from the Neuroscience Institute in the Netherlands and the Vrije University of Amsterdam, which published their observations in the scientific journal ScienceDirect, from the Elsevier group.


Although the researchers clarified things, the method worked with participants who suffered from insomnia.

In fact, sleeping with socks do not necessarily help everyone to sleep. 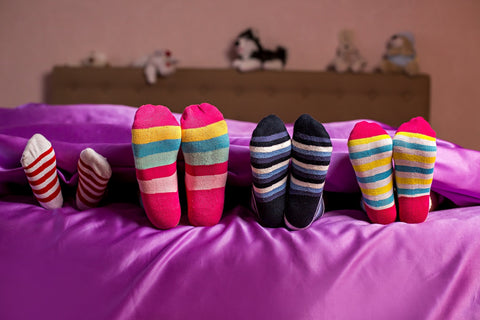 Sleeping with socks or without really depends on " each person's ability to regulate its (body) temperature and its sensitivity to cold," neurophysiologist Puertas told BBC Mundo.

"There are no published studies. But sensitivity to cold is generally higher in women," he says.

For some very hot people, it might not be the best idea to wear socks.

"If we're cold, there's vasoconstriction (the opposite process to that needed to sleep)," says Doors. "So, in general, women wear more socks to sleep than men," Doors says.

However, some people think wearing socks is unnatural , that they cut off circulation and prevent feet from “breathing,” according to The Sleep Advisor portal, which offers expert advice on how to sleep better.

"These people are usually the warmest, who don't need to sleep with socks on.

In conclusion of the neurophysiologist, just like there is no ideal temperature for everything le monde in the office, the ideal sleeping temperature also varies for each person.

In other words, the important thing is to sleep at the temperature where everyone is most comfortable.

How to sleep after a hip prosthesis? ❯

add a comment of Should you sleep with socks?