Meaning of the Knight of Wands  Tarot Card: 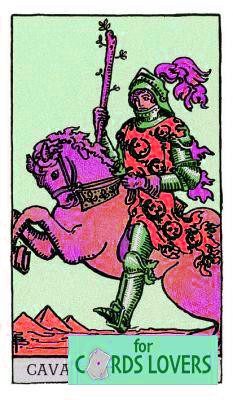 Keywords attached to the Knight of Wands card

The Knight of Wands Card upright: A lot of energy, impulsiveness, biting into life...

Description of the Knight of Wands

The Knight of Wands Card is part of the minor arcane dress code.

The Tarot card represents a rider sitting on a white horse, symbol of purity. He is dressed in a blue robe and pulpit. The horse seems to be totally listening to the rider. The horseman seems totally focused on his Wand, which he holds at arm's length. The two characters seem to be looking in the same direction, that of the Wand.

There's a great deal of control over the energy that emanates from the map. There's also a strong sense of focus. The Wand seems to be the quest.
The Tarot Knight's Baton Knight's hat is reminiscent of the Force Card and the Boatman's hat.

The Tarot Staff Rider rides a white horse opposite the other riders. The card of the sword rider or the card of the denarius rider of the Tarot de Marseille have dark colored horses. The horse is a mythical animal. It is represented here by its white color, symbol of purity but also of divinity.

The meanings of the Knight upright

Tarot knights traditionally announce in the Tarot de Marseille Tarot Riders are used to highlight an event that is about to happen or is about to happen. They can represent a person who is happening in your life. A person you have just met. But even more importantly a part of yourself.


The Tarot Knight of Wands belongs to the series of Wands that represent the world of energy. The Tarot Wand Rider on the right side represents a character full of ardor. He is particularly determined to achieve his goal.

The sequence of Wands depicts the passion that can animate humans. The jack of Wands symbolized the birth of a new idea for a new project.

The baton rider will symbolize here the pursuit of the idea of the jack of clubs. All thehe riders are action characters. The Tarot Wandman is no exception. He is fully engaged in his task and overflowing with energy. Everything he has inside him is concentrated in this action.

Strengths of the Knight of Wands 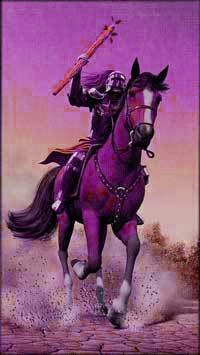 This Tarot Card Rider stands out for his courage and strength. He fears nothing so much as his determination and strength.

For him, the easiest way is to go for it. He throws himself headlong into action to make the vision take shape.

There may not be much planning or thought behind the action, but determination makes it successful.

If you pull the Tarot Knight of Wands In a Tarot deck, you'll find that you're ready to devour the world. It will also be a sign that your vision is right and that you simply must go for it.

And so the pole rider invites you to accept life's challenges and help others by leading them in your wake.

He's a rather impatient and impulsive character. This rider likes action and hates to waste time in reflection. Probably the most important problem of the Pole Rider is that he is not able to think carefully about a project. He is unable to take into account the consequences of his actions. This can be an inconvenience and can sometimes jeopardize the smooth running of projects.

The Wand rider in a draw

In a Tarot reading, it may indicate that it is important to develop a strong energy to start your projects.

It will also indicate that you are not lacking in enthusiasm or determination. But at the same time, the Tarot Knight of the Rod card will be an advice or a warning to think carefully about all the consequences of your actions.

In addition, the map will ask you to know calculate the risks. Not to get into a headlong rush of action as a waste of energy.

The tarot Wand figure will indicate the appearance of a person in your life suddenly. and unexpectedly. It can also indicate big changes in your life or around you. In this it will not always be easy to live because it will remind you of the upheavals and the energy released by the card of the house of God.

The tarot board will be here to accept the trials. It is a matter of welcoming them in order to live them in the best possible way. The baton rider often announces very rapid changes in various areas. For example, professional, or radical moves or changes in life. In these cases, you will have to be ready to react quickly and go with the flow as best you can.

The personality of the Knight of Wands 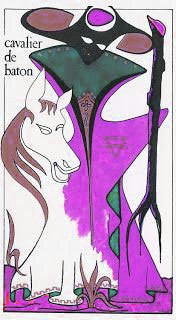 As a person, the Marseilles Tarot Knight is an impulsive person, sometimes difficult to deal with. He only likes action.

For example, one might think of a sportsman or woman who needs to move around a lot and expend a lot of energy.

A person who is often full of ambition but also has plans that are close to his heart.

He will invest 100% in his projects. It is also possible that he may be fearsome, so strong is his determination. This may even lead him to eliminate people who get in his way.

This Tarot deck is a call to externalize your passions and your greatest dreams.

He may also sometimes appear aggressive and overly ambitious. On the other hand, he will characterize a person who does not like to be criticized or tempered in his actions.

The Tarot Knight of Wands card is shown reversed: 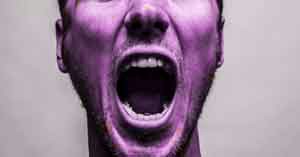 When the minor arcana is drawn backwards, it may indicate a waste of time. It will indicate a state of significant frustration.

In this case our tarot Wand rider will feed a feeling of anger and annoyance. The peculiarity of the Tarot Wandman is that he can't stand not being able to do what he wants.

Therefore, the more resistance he sees, the more he will try to overcome it. This can lead to dead-end situations.

The map of the upside-down staff rider may also represent an inordinate ambition. He will be able to use his energy and the power it gives in a negative way.

On the other hand, it could also be a loss of power or energy. It is also possible that this map indicates a lack of ability to control a situation. It takes a lot of energy to get back on track. In such cases, the Pole Rider may indicate pessimism and loss of self-confidence.
The upside-down baton jumper is an impulsive, unpredictable, impatient character with a total lack of vision.

The personality of the Reversed Knight

It will be a character that will go all the way. It will be necessary to wait until he breaks down before he understands that his action is not the right one.

If you ever pull the baton twirler upside down, it will be the information that before you embark on a project you must first think about the consequences of it. Even if in the present moment you feel frustrated and you have to hold back because there is no action. It is necessary to plan first.

The upside-down baton twirler can also represent a person coming into your life. This person is doing the big housekeeping around you. A determined person who will need to be controlled so as not to destroy everything.
The upside down Tarot Card Rider may also suggest that your actions, your projects are risky due to lack of reflection or too much impulsivity.

It may also be words that are spoken too bluntly and not thought through enough. The rider may also be impatient with the idea of being able to do everything immediately.

Pulling the Tarot Wand fighter upside down may also give you the advice not to react immediately. You should not overreact to a situation. The advice is to know how to take distance.
The baton twirler hates situations he cannot control. Here again, the Tarot's advice will be to take distance and accept that things are not always as we would like them to be.