Meaning of the Queen of Wands Tarot Card: 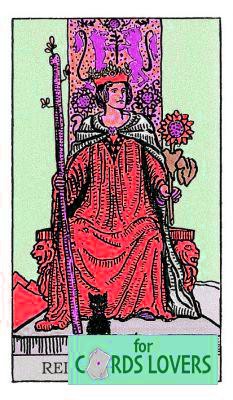 Keywords attached to the Queen of Wands card

Description of the Queen of Wands blade

The Queen of Wands card is one of the minor arcana dressed up.

The Queen of Wands card represents a rather young person sitting on a throne that you can't see.

She carries a big stick on her shoulder. Her body is rather turned to the right. She fills out the card and seems quite imposing. Her size seems to show her strength.

The Queen of Wands will represent warmth and loyalty.

She is a fiery character, rather nice but who can have hidden aspects.

It can get a little violent sometimes. The queen of clubs is a particularly independent character but can also connect with an unconscious side.

The meanings of the Queen of Wands card upright 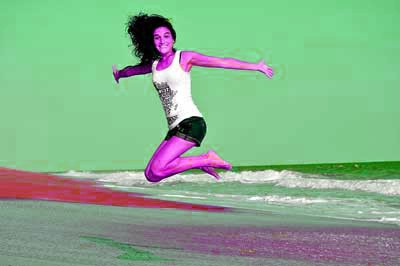 The Tarot Queen of Wands on the right side represents a warm character. It is a dominant character because it is governed by the sticks which are represented by the fire element.

So she's a brave person. This Tarot Queen loves a challenge. She has the soul of a leader. She will focus primarily on what she wants to achieve. Therefore, the most important thing for her will be the realization of her desires.


She is a strong, independent woman (or man) who knows how to take care of herself. Her main asset, a positive vision of life. She will have no problem fighting or overcoming obstacles. She knows what she wants and she knows how to see it. She is a kind of female steamroller.

The Queen of Wands is a character full of energy. A bit like the queen of deniers, she will enjoy building an active life for herself. She is full of vigour, vitality. In full health she will be a great sportswoman, for example.

The Queen of Sticks also has excellent qualities, she is an intelligent person. She knows how to rally others to her cause. She also knows how to influence people, encourage them and show them the way, as her determination can be so strong. In addition, the queen of sticks has great self-confidence. She knows how to transmit this confidence and assurance to others. She is therefore a very reassuring character.

The personality of the Queen of Wands 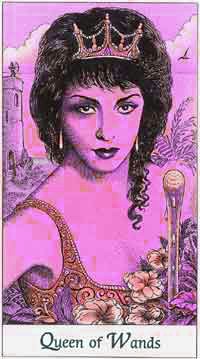 What characterizes the Queen of Wands is also the way she lives her passions. She is a passionate character who acts precisely according to her passions.

The Queen of Wands is extroverted. Perhaps a little egocentric too, she likes to be the center of attention.

If you meet a baton queen, you will certainly recognize her because she has a very great charisma that makes her always the center of attention. On the other hand, she is an extremely warm and empathetic person. She knows how to make friends quickly because she is so charming.


The Queen of Wands likes to stand out from the crowd. She likes to be noticed and for her, it's important. She will focus her actions to that end. It will be a person who will want to be famous or in any case known. She will therefore choose professions in this field in order to attract the attention of others to her.

If you pull this card, the queen of clubs will also show that you are an optimistic person. A person who trusts you and your ideas, who has the ability to put them into action. Somehow a genuine and courageous person.

The Queen of Wands card is shown reversed:

The hidden side of the Queen of Wands is that she can sometimes be stubborn, especially when it comes to pursuing her passions or implementing her ambition. It is very difficult to turn her away from it. She is hyperactive. Sometimes she may even go beyond her strengths.

The Queen of Wands reversed may be tyrannical, angry, hard to bear. She can also be angry. Often she may have outbursts of anger. She will be unpredictable.

If you pull the Queen of Wands upside down, she may describe a situation in which you are faced with a manipulative person, or who acts out of self-interest.
It can also represent a person who is regularly in a bad mood. A resentful and jealous person. Someone with a temper, too. A person who tends to be aggressive. A person who tends to attack others or feels under constant attack. At this point, he or she will behave like someone who is intolerant and wants to control the situation, and who is also very demanding. It will therefore be difficult to live with them.


The upside down stick queen may also represent a lack of confidence in you. For example, shyness, difficulties in presenting yourself in public or in reaching out to others.

Summary of the Queen of Wands

The Queen of Wands is a character full of energy whose primary characteristic is the pursuit of her passions and desires. She will be a very determined character who will do her utmost to achieve her goals.

You take the Queen of Wands card thinking of one person in particular:

The message of the queen of Wands

Live her life to the fullest and her passions to the end!

Meaning of the Card of 7 of Cups on Tarot

Meaning of Card The King of Swords in Tarot

4 of Pentacles Tarot Card - All the Card Meanings

All the Meanings of the 3 of Pentacles of the Tarot

98%
We have been able to give 98% of times, the solutions that users were looking for when consulting our page.