The Libra woman is the pro of lists. Here's why (and how)! 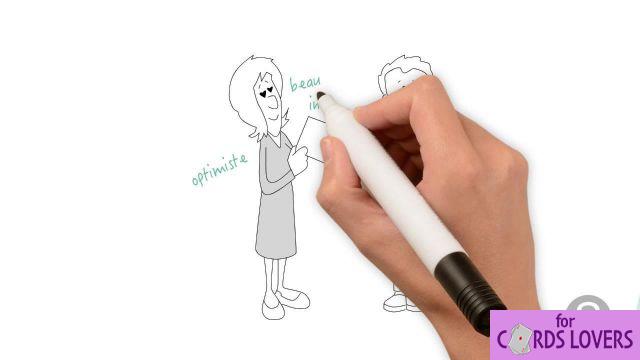 We can make jokes saying that people born in the sign of Libra are constantly swinging, as if hesitating between two directions or two ideas, the fact remains that it is true! The Libra woman is an eternal indecisive… but this personality trait serves her well, in a way. This is a pro for “pros and cons” lists and she can help you put together a perfect list like this!

Women born somewhere between September 24 and October 23, inclusive, are natives of the sign of Libra. Since she spends a lot of her time questioning herself – and she totally assumes herself, by the way – the Libra woman has come to develop tricks over the years. So, even if she still sometimes hesitates before making a decision, she knows what can help her make an informed choice: sit down and take the time to draw up a list! Are you ready to follow her in her steps?

Because no, it's not just a matter of dividing a page into two columns and writing the word "for" at the top of one and the word "against" above the other. Really, this type of list can turn out to be more of a think about it than you might think…

First, this one, even if practical, is to be avoided in certain situations. For example, to determine an important couple decision which, normally, should be made by two people. It can also be quite tricky when talking about a big career change or a move. In this case, you have to look beyond just the “pros” and “cons”.

If not, here are some tips the Libra woman would be happy to give you, if she happened to be next to you while you were making one of those infamous lists.

By the way, don't necessarily get into the habit of making a pros and cons list every day. Sometimes you have to act fast, in life!


Everything that makes the Libra woman attractive

In addition to being a list pro, the native of this sign is an exceptional co-worker, because she has an extraordinary team spirit. Elegant, the Libra woman likes to seduce and be seduced. Determined, once she has an idea in mind, she doesn't let go (even if it took her a long time to get there, we know that)!

Psitt: we have daily, monthly and year-round horoscopes courtesy of our astrologer Ginette Blais. She is the expert to tell you everything about the Libra woman!

add a comment of The Libra woman is the pro of lists. Here's why (and how)!