Full moon: does it really have "magical powers" over our lives? 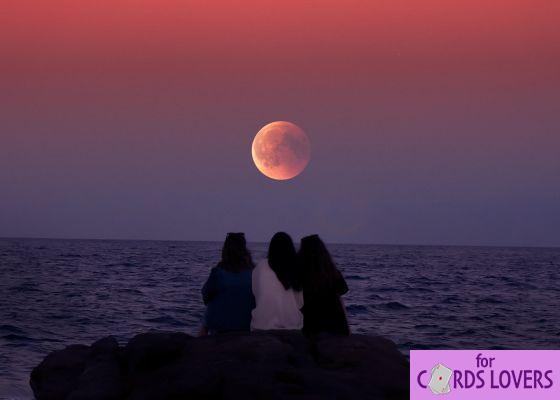 Ah the full moon! How many mysteries surround this intriguing star. Many beliefs, stories and legends have been forged on the Moon. Are they the fruit of the imagination of certain storytellers or, on the contrary, of scientific realities? Here is 10 myths about the moon flushed out..

This myth dates back to the Middle Ages when the mentally ill were beaten on full moon nights. It was said to drive people crazy.

2. The moon helps with fertility

This belief is based on the fact that the lunar cycle is one day closer to the average menstrual cycle. However, there is no connection to be made between the two.


3. The moon turns men into werewolves

You probably suspect it, I hope, but werewolves only exist in the imaginary world!

No, your mop of hair won't turn into Princess Rapunzel's hair! Maybe a miracle product does exist, but it's definitely not the full moon that will make your hair grow.

Psst! : Here are 8 tricks that work to grow your hair fast.

In fact, it is rather the dew that bleaches the fabrics when they are stretched outside and not the full moon. So you will have this whitening effect any night! But still avoid rainy evenings...

No, there are not more births during the full moon!

No connection between crime and the full moon, even if the authors and screenwriters like to make believe.

No, studies prove that the full moon has no influence on epileptic seizures.

Just because it's brighter doesn't mean it'll keep you up all night. Little trick if it happens to you: close your curtains and it will be a night like any other! ;)

Plants are indeed sensitive to the phases of the moon, but it is not the moon that makes them grow. Rather, it is soil moisture and sunlight.

10 mysterious phenomena that suggest the existence... of extraterrestrials! ❯

add a comment of Full moon: does it really have "magical powers" over our lives?