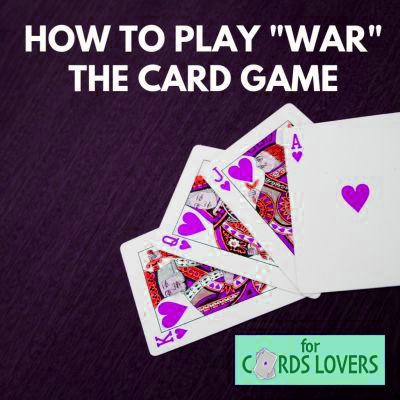 To play War, you need:

How to play War:

To begin, each player makes a deck of their cards without ordering them and without looking at them. The first player puts the first card from his deck on the table, the second player does the same. The highest card wins the trick that the player with the highest card picks up.

A "battle" is when two cards are of the same value. In this case, each player plays another card. The highest card then wins all the trumps added together.

How to win the War:

The winner of a game of War is the player who has all the cards in his hands.

add a comment of War Card Game Rules, How to Play