Who is the Aries woman really? 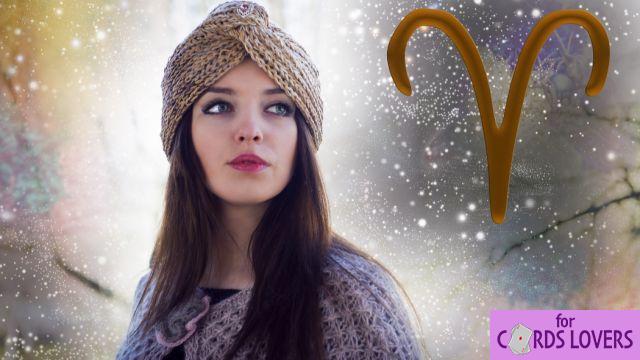 Intelligent, go-getter and direct: the Aries woman knows how to impose herself and it is normally always with great pleasure that she appropriates her rightful place, whether at work or within her group of friends! It can be easily summed up like this the native of the sign of Aries, because these aspects of her personality, she does not hide them from anyone… But, who is she really? What are her secrets, those she keeps buried? Let's discover it together!

If you were born somewhere between March 21 and April 20, inclusive, you are part of the natives of this nod of Aries. However, contrary to other signs, several differences can be observed between men and women born under this star… Here, it is on the main interested party that we wish to point the spotlight.

And proud, she is, the Aries woman! Independent and assertive, she tends to campaign for what is close to her heart, such as the fight for equality between men and women. Even if her direct approach can sometimes displease, she does not do this to do badly. In fact, she is often unaware that her convictions and self-confidence can destabilize the people around her. However, beware: despite her “I say what I think and too bad if you disagree” appearances, the Aries woman likes to please and, when faced with the evidence of a person who does not may not be in her heart, she will be saddened and her own self-confidence will become shaken… but that, she will never say. This is one of his big secrets!

Who is the Aries woman's number one enemy?

Let's dare say it: one of the biggest fights she will fight her whole life is the one presented to her, in the opposite corner of the ring, her opponent the routine with a capital "R". Obviously, everyone has their little habits, but don't ask the Aries woman to follow a "life plan" to the letter, the detours of which are programmed at the slightest second, at the risk of seeing her run away!

Determined and ambitious, the native of this astrological sign is the type to take it personally when someone else tries to impose a course of action on her. She does not accept being told that she does not know how to go about it. This is another of his secrets...


And then, she is so beautiful to observe, Aries! Watching her go is entertainment in itself, as she refuses to be put down for even a few seconds. This is why his ardor, his passion and his frankness are so inspiring… Also synonymous with renewal, it is not for nothing that this sign is the one who begins each new year of the zodiac. The Aries woman as we know her would leave her place to no one else!


Aries women of yesterday and today

Psitt: we have daily, monthly and year-round horoscopes courtesy of our astrologer Ginette Blais. She is the expert to tell you everything about the Aries woman!

First date: what to do and what not to do according to the astrological sign of your date ❯

add a comment of Who is the Aries woman really?