13 things to know about Leo

From July 24 to August 23, we celebrate the natives of astrological sign du Leo! What best defines our fiery, charismatic, loyal and proud Leo friends? Discover their preferences, their qualities, their faults, their perfect love matches and more: here 13 things to know about the Leo person.

These few characteristic traits also apply to those who have a Leo ascendant and/or several placements in this sign! 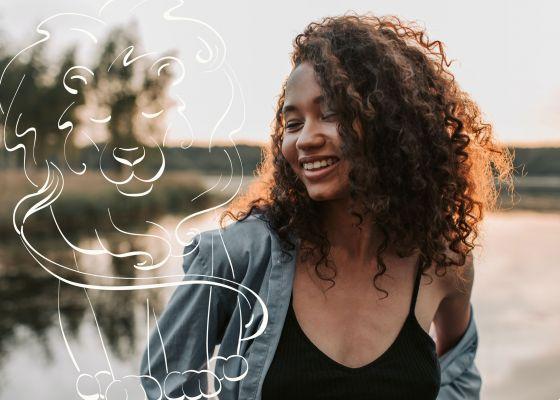 He is a passionate, elegant, intense and generally extroverted being. Moreover, it is theatrical, flamboyant, creative and very welcoming. If he doesn't fall into condescension, people will simply adore him. the Leo also has an unfailing inner strength. He has panache and he likes to show off his look like the abundant mane of the animal that represents him! This zodiac sign assumes its responsibilities with confidence, dignity and know-how, even if it has a big heart of a child and loves to play. His element Feu is located at the level of the heart, that is why it shows itself so generous and valiant. It's the "Richard heart of Leo of the zodiac, the Sun King, the one who administers, who organizes, who gives.

1. His favorite colors are: different shades of ochre, yellow and gold. Its color remains yellow, because this sign of the zodiac is governed by the star called the Sun, but it also appreciates the purity of white and the different intensities of orange.

2. Its metals are: gold and silver.

4. Its flowers are: the sunflower and the small-flowered marigold.

5. Its ruling planet is: a star which is the Sun.


6. Her birthstones are: diamond, citrine, coral and ruby.

Read also: Drive out bad energies: which crystal to choose according to your astro sign?

8. Her perfect love matches are...

Read also: Love compatibility according to astrology: what to analyze to understand your relationship?

9. Signs Leo may have trouble getting along with are...

10. For seduce a lion... show him how much you like him! The Lion likes to shine and sincerely seeks to please and entertain others. Show him that you notice his uniqueness. Moreover, if the Leo is generous with others, he also likes to feel spoiled by those close to him. Impress him, put him in full view, since the Leo has a little exuberant side


11 The Leo hates... being criticized! It's hard for this Fire sign to feel hurt, his ego is immediately attacked and he can become VERY defensive or even aggressive! It is the learning of a lifetime for him to detach himself from criticism in a healthy way and to react with more diplomacy and tact.

Read also: Shadow work: facing the shadow in us to evolve

12 Its greatest weakness : Pride would be his Achilles heel in life. Disrespect him and you'll hear him roar until the walls shake! Whether male or female, the Leo could experience deep love difficulties during his life if he lets himself be absorbed by his susceptibility. Don't forget that he is a very sensory being and that, to ignite his desire and interest, you must titillate his five senses: hearing, smell, sight, touch and taste. The Leo can also, if he is not careful, take himself too seriously and become bossy.

13 His greatest qualities : his ability to express his identity, to amaze people and to shine in society. Leos are also capable of great generosity, they are very loyal towards the people he loves and is fulfilled when people understand his desire to live an active and adventure-filled life.

13 things to know about Sagittarius ❯

add a comment of 13 things to know about Leo