Does spirituality still have a place in your life? 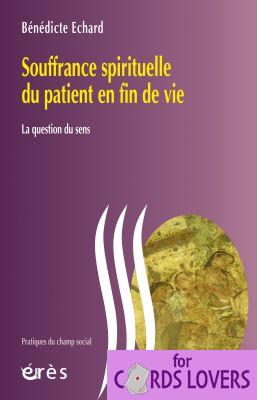 La was and spirituality, is it still important in 2019? I am one of those who believe so. The debate on the secularism in Quebec, the people who are moved in front of Notre-Dame de Paris which is burning and… the yoga rooms which are filling up show that the Religion touches us and that we all, again and perhaps even more than ever, need a spiritual life.

Of course, the statistics show the rapid decline of religion. More and more, people are breaking away from the Church. In Canada, in 2001, 16,5% of the population said they had no religious affiliation, while in 2011, it had fallen to 23,9%. That's nearly one in four people! On the Quebec side, we went from 5,8% in 2001 to 12,1% in 2011. In 2021, the percentage will probably increase further. These numbers are not difficult to predict. It suffices to question those around you, or simply to enter a church on Sunday morning.

Faith linked to one and only religion?

We identify less and less with a religion, but have we lost our faith? This concept is complex and vague. We often have the impression that to give ourselves the right to have faith, we have to enter a box: that is to say, to believe according to a precise religion. And yet!

Besides, it seems that the word “religion” scares us. We especially do not want to have this label stuck on the back!

As a child, my classmates made fun of me because I went to church. Indeed, I am one of those who had to go there every Sunday. I can assure you, it was painful! I didn't know what to do to occupy my mind so much that I found it long and boring. I told myself stories in my head with the many statues that surrounded us, but at one point, I came to the end of my inspiration and there, the minutes became endless.

Luckily, there were some really funny scenes sometimes, like an old lady pounding nails into a bench not too far from me, leaning over gently, but always getting back up in the end. I think I had my biggest laughs in a church, when of course we couldn't make any noises. And there came an age when I could stay home alone. Release!

However, in early adulthood, when I was struggling to find meaning in my life, I just happened to walk into a church in Montreal on a Sunday morning. And…I felt good. First, this majestic and silent place. Then the priest. I think it was the first time I really listened to one. And it was interesting! It reminded me of my philosophy class. He did not impose great truths, he rather sowed reflections. And he added that I had my place and that I was important… It was also a bit strange to hear him speak in the 2nd person singular. I knew he wasn't speaking to me directly… but at the same time it sounded like that! In short, without understanding exactly why, it did me good and I suddenly saw the Church in a different way. Basically, it was simply a place to reflect and take a step back. And that we all need. We can experience it in nature, by practicing a sport or by listening to music. We just have to find what makes us feel good. We can always criticize churches and religions; people adhere to it because they find comfort and a certain inner peace in it.

The religion inseparable from travel?

When I went out to explore the world, much the same thing happened, another awakening. I found myself in religious celebrations, regardless of the religion associated with it. I was always fascinated to see that everyone was welcomed with open arms. I soon realized that the name of our religion was of little importance. I was Catholic because I was born in Quebec, but I could very well have been Muslim or Buddhist, if I had been born elsewhere on our planet.

I am therefore surprised to see the scope of the debates linked to religion when the differences are mainly at the cultural level. Because basically, the message is the same in all religions. Love your neighbor as yourself. Even The Little Prince reminds us that "the essential is invisible to the eyes, you can only see clearly with the heart..." and yet it is not a religious book!

Have faith or just trust?

Also when you are away from home, taboos fall quickly and you realize that the vast majority of people have faith. For to have faith is above all to have confidence in life.

Is it out of necessity? Maybe! We all want to have an aura of protection that comes to us from who knows where exactly… Especially when we leave our comfort zone… On this point, all humans are alike! It may just be our positive thoughts that cause this protection and problem solving, but whatever!

Beyond our beliefs, whether we identify with a religion or not, we all need hope, love and peace. These are universal values. This is perhaps why the flames of Notre-Dame de Paris have reached the hearts of many. Despite what we are going through, despite being instantaneous, we still need durability and strong symbols that represent these precious values.

The craze for yoga, a new form of religion?

As we detach ourselves from all religions, yoga is experiencing a real craze.

The first time I entered a yoga class, I was struck by the similarities between religion and yoga: calm, the message of love, giving thanks, meditation which I believe is a another word for prayer, the posture of the child so comfortable which resembles a prostration, the hands in prayer to the heart. We quickly realize that beyond the postures, the life of the yogi is very spiritual.

Yoga means union in Sanskrit and in my opinion it also means union between all religions. We remove all the barriers, all the rules imposed by man and there remains a message of love towards oneself and towards others. That's it, it's simple, but so complex at the same time. Because unfortunately, when there are men, there can be manhood. It is therefore not so surprising to learn that a yoga teacher in Montreal misused his power as a teacher, much like in all scandals related to religions.

It is therefore not religions, even less yoga, that is the problem. This is often what we decide to do with the texts or the major principles associated with them.

A need to believe since the dawn of time

Man has always needed to believe. Believe in what exactly? This is unique to everyone. Believing that this force is inside or outside, it doesn't matter, but we need to believe that there is something more powerful than our little being. Believing that we can always find an unsuspected strength, find an answer to what torments us in the texts we read, in the songs we listen to, in the nature that surrounds us. It is simply necessary to remember that the truth is not hidden in a single and unique book, but in everything that surrounds us.

What if you had a mystical tattoo? ❯

add a comment of Does spirituality still have a place in your life?