The Myrtles Plantation, the most haunted place in the United States

There is in a corner of Louisiana, a plantation whose reputation is sulphurous. The plantation Myrtles would be the place more haunted of USA. It must be said that it has a long history behind it. It is rumored that more than 10 murders took place there…

Built in 1796, its beginnings could not be more classic for the time: rich landowner and excessively exploited slaves. The trouble will start with the next generation. 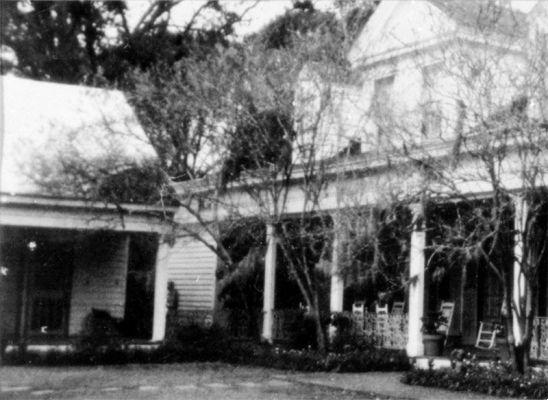 Chloe is a slave in the house of masters: Judge Clark Woodruff and his wife Sara. Her job is to look after the couple's children and help out in the kitchen. It seems that she would also have been the mistress of the judge. Remember that at that time, slaves had no choice.

Curious as a cat, she often listens at doors. Surprising her, the judge has her ear cut off. She must now wear a headband that she chooses green...

Mad with rage, Chloe decides to take revenge. One day when the judge is absent, she cooks a cake which poisons the mistress of the house and her two daughters. Obviously, she is immediately killed…

Since that day, we often see the ghost of a young woman appear, with a green headband on her head… We also see Sara and her two daughters appear regularly in a large mirror in the house.

Ghosts of the Civil War

Three Union soldiers are said to have been killed while looting the plantation. A large bloodstain the size of a body has since been present on the floor of the house. All those who have tried to clean it say they have felt resistance and great difficulty in passing the mop.

The murder of the lawyer

William Drew Winter, a lawyer, lived in Myrtles between 1850 and 1871. A stranger allegedly stabbed him while he was strolling on the porch of the house. Losing a lot of blood, Winter managed to get home and climb the stairs to the second floor where he dropped dead.

Some nights, we hear these footsteps until the 17th step… His crime is the only one that has been proven in all the stories that haunt Myrtles. The piano tends to play by itself, and only one tune. A never-ending refrain that sends shivers down your spine. Strange noises take place throughout the house, ghosts appear in tourists' photos and the ghost of a little girl is said to be having fun doing voodoo seances on the sleepers.

Want to take up the challenge when it will be possible to visit the place after the pandemic? The plantation is now a charming bed & breakfast.

The mysterious fires of the castle of Lunéville, known as "lights" ❯

add a comment of The Myrtles Plantation, the most haunted place in the United States