The mysterious fires of the castle of Lunéville, known as "lights"

The history of castle of Luneville, nicknamed the "Castle of Lights", is rich in events of all kinds. Charles Le Téméraire was one of the owners, that is to say! But it's more like the 13 mysterious fires who declared themselves there that taint its otherwise grand history…

During its historic years, the castle has chained fires, seven of which were major, causing numerous renovations... the last of which will end in 2023.

The first listed fire broke out on January 3, 1719 in the right wing of the castle. It kills seven people and destroys part of the central body.

The second arrived 20 years later, in 1739. This time, it declared itself in the forecourt wing on the first floor.

In 1766, the Duke of Lorraine's dressing gown caught fire. He will die of his injuries.

1789. So 20 years later… The fire started in the basement of the château, in its kitchens. Fire storms the grand staircase. Fortunately, the stone structure stops the fury of the flames. Otherwise, nothing would have remained.

The fifth took place in 1814. It destroyed the small north wing of the courtyard.

The sixth broke out in November 1849 at the same place as in 1719 (in the right wing), at 6 am. It will take 24 hours for firefighters to get rid of it. At the time, you had to draw water from the canal using large wooden buckets. We will deplore two severe victims: amputation of a foot for one, amputation of two fingers for the other. The cause? The fall of chimneys and beams.

The seventh, and not the least, devours between 300 and 500 m2 of roofing and framework. The fire also completely destroyed the roof of the left wing of the castle.

As for the most recent, it was triggered on the night of January 2, 2003 and ravaged several buildings: two princely apartments, a third of the building of the General Council of Meurthe et Moselle, the roof of the south-east wing of the royal chapel and we deplore major damage to masonry elements. The damage is estimated at three million euros. But above all, the fire destroyed a large part of the castle's collections. And that is priceless. 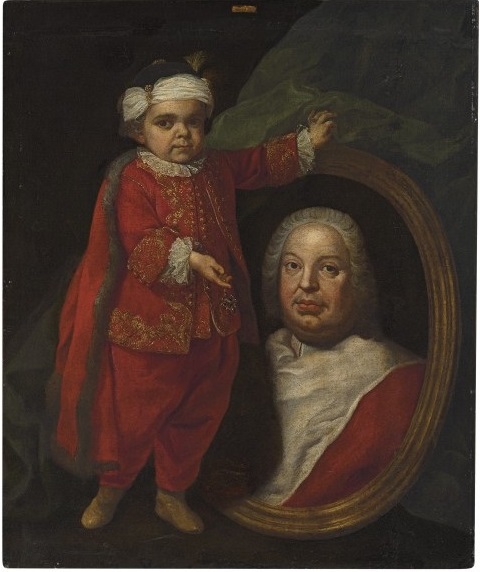 Its construction took 20 years at the request of Duke Leopold. It is indeed a question of building the equivalent of Versailles on the ruins of a medieval fortification. But it is the aristocrat Stanislas who will give him his letters of nobility. Indeed, Stanislas Leszczynski, in addition to being the father-in-law of Louis XV, made the Château de Lunéville a meeting place for the greatest philosophers of the Age of Enlightenment. Mastering five languages, a great traveler before the Eternal, Stanislas of Poland, Duke of Lorraine, transformed the place into an unmissable meeting place for intellectuals of the time. The castle will then be transformed into military barracks (not gross!) throughout the 19th century.

If some explain most of the fires by the presence of candles to light and many flammable woodwork, it is already less obvious in 1969 and in 2003!

It is rumored that the fires are the result of the curse of the dwarf Baby. At five years old, he was spotted by Duke Stanislas who asked the father for the child in exchange for his education. It is up to the child to distract him. Nicolas Ferry is then nicknamed Baby by the Duke.

His character oscillates between bionomics and great anger and the Duke gives him everything! Jealous, he throws a little dog out the window and tries to push Joujou, Stanislas' cousin's dwarf, into the fire.

Apparently, Stanislas would not have kept a promise: that of finding a wife for Baby. At 23, he died of the flu. Since his death, he would haunt the corridors, triggering numerous fires with his furious anger.

The objects to get to create your mystical corner at home ❯

add a comment of The mysterious fires of the castle of Lunéville, known as "lights"