The Zodiac Signs You Are Least Compatible With 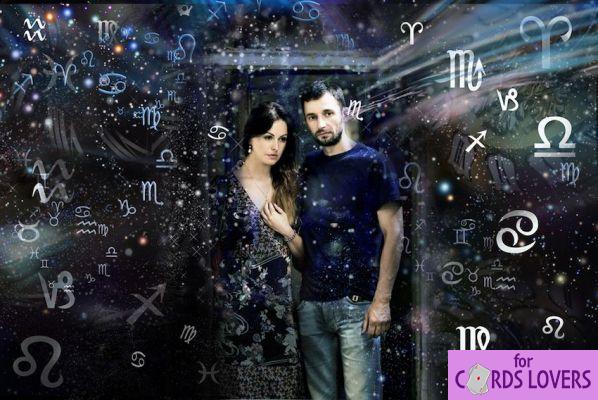 Ah! La love compatibility, a science that Cupid himself does not always seem to master. What does theastrology on this subject? She says it's a matter ofitems - water, earth, fire and air - and that just like in nature, some amalgams make better households than others. Here are your worst love compatibility according to your zodiac sign.

Those who will extinguish the flame and ardor of Aries are, somewhat unsurprisingly, Scorpio, Pisces and Capricorn.

Attention, drought in sight for Taurus with the wind of Gemini, Leo or Aquarius.

Some could quickly smother it, especially Scorpio, Taurus, Pisces and Aries.

Something in the air of Aquarius, Gemini and Aries, perhaps a certain letting go, seems to overtake Cancer.

Leo's fire could be too intense for Taurus, Pisces and Cancer.

His prudence and his rigid side are likely to interfere with the freedom of Aquarius, Aries and Pisces.

The worst love candidates for Libra are those who might upset their balance or who don't understand their indecisiveness, such as Scorpio, Taurus, Aries and Pisces.

Learn more about love and astrology

Scorpio, it's known, has quite a character, which might not suit the sensitivity of some like Aquarius and Aries, not to mention that it can cause quite a stir with Gemini, Sagittarius and Libra. .

The beautiful energy of Sagittarius doesn't resonate with everyone, especially the more serious ones like Scorpio, Taurus, and Capricorn.

As for Capricorn, it can seem heavy (very heavy) to Aries, Pisces and Aquarius.

Independent, he is still looking for an accomplice he can trust and open up to, which does not seem possible with water signs, like Scorpio (think about it, lots of water and lots of air = tsunamis).

Need a little direction? Gemini, Aries and Libra clearly won't be able to give it to him and they risk going wrong together.

Breakup according to the zodiac

Here are the 5 most resentful zodiac signs ❯