From Firefalls to Moeraki Boulders and glowing waves, here are 10 strange natural phenomena and scientific explanations behind these magnificent manifestations of Mother Nature.

Field of flowers in Death Valley 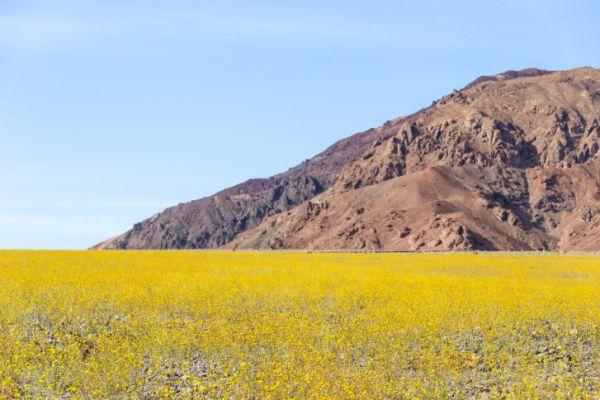 In February 2016, visitors to Death Valley in the United States were treated to an amazing sight; an expanse of flowers in this desert. This exceptional flowering (including twenty species) is not the first, however, the phenomenon had already been observed in 2005 and 1998. This Super Bloom was able to see the light of day because of the record rainfall that fell during the previous months. 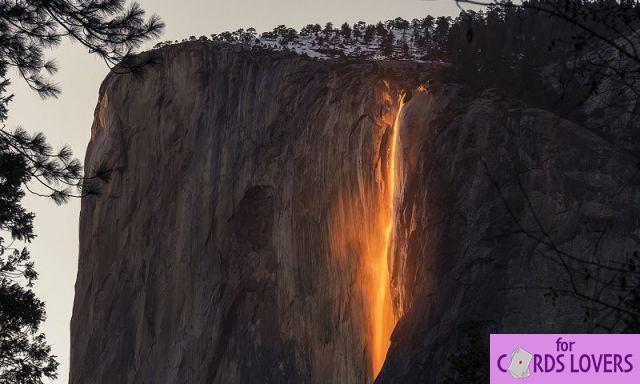 Make no mistake, this is not a lava flow jumping from the El Capitan cliff, but a waterfall. The phenomenon, which occurs around mid-February and lasts only a few minutes a day for 2 weeks, is in fact the result of a particular alignment with the light of the Sun. The Horsetail Waterfalls in Yosemite National Park, therefore, blaze, thanks to this precise lighting at the time of sunset. 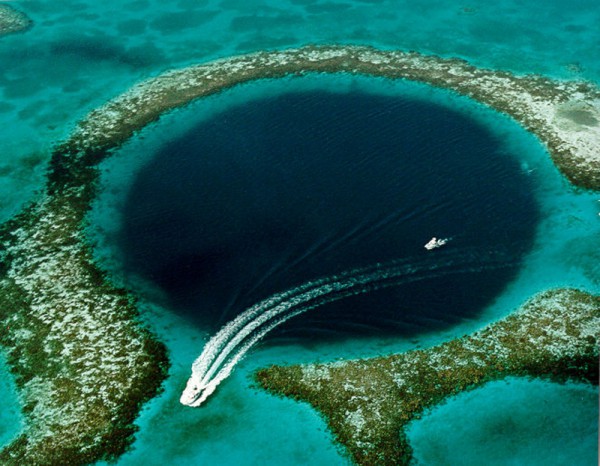 This blue hole located off the coast of Belize, nicknamed the eye of the Caribbean, is a true geological marvel. Formed during the last ice age when sea levels were much lower, it was originally a limestone cave.

When the ocean level rose, the underground cavities were flooded, and the roof of this cave collapsed creating this "sea hole". There are other such holes, such as the Blue Hole in the Red Sea, Egypt. 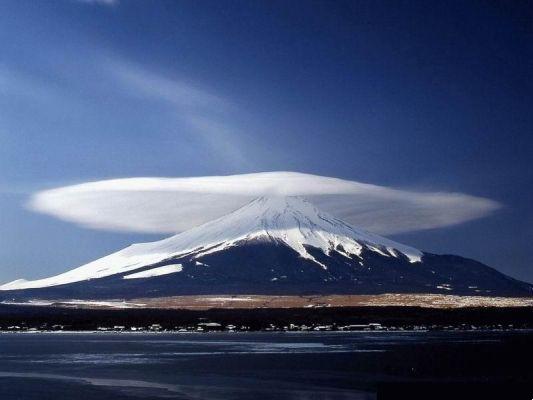 This amazing cloud phenomenon is actually caused by the encounter of an air mass with a mountain range. The aspect in lens comes as for him, from the fact that the cloud forms at the top or downstream of the mountain peaks. Their presence also generally indicates the arrival of the Mistral or the Tramontane. 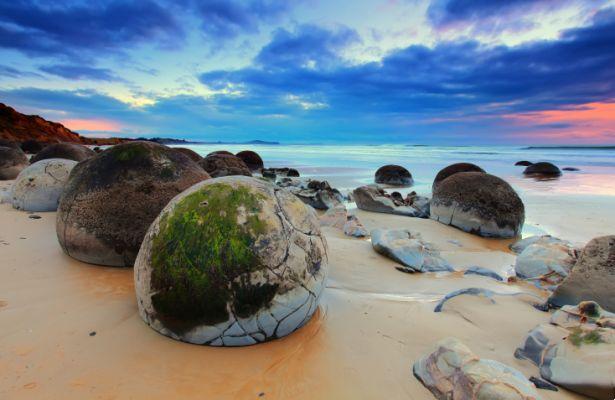 These strange spherical rocks (which once passed themselves off as dinosaur eggs) adorn Koekohe Beach in southern New Zealand. These are the Moreaki Boulders, boulders that are actually made of fossilized mud, clay and calcite. If the explanation may seem boring, the result is no less fascinating. 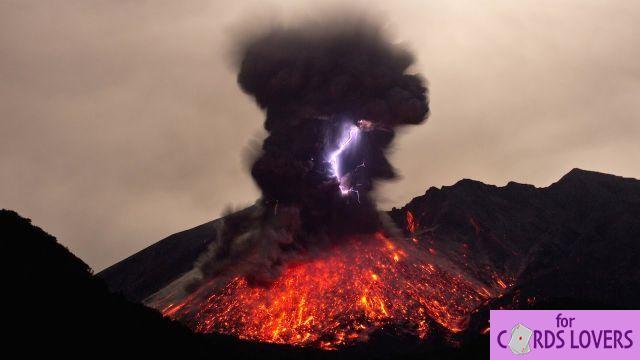 Volcanic lightning, a rare phenomenon, can result from an encounter between particles of ash and dust expelled during a volcanic eruption. The particles rubbed together then accumulate positive and negative charges causing electric and magnetic fields. When the tension becomes too high, the accumulated static electricity is released by lightning, passing through the clouds of volcanic ash offering this bewildering spectacle. These starry waves observed on the island of Vaadhoo, in the Republic of the Maldives, or even in San Diego, are in fact the fruit of millions of bioluminescent phytoplankton.

A similar phenomenon can also be observed in the Limestone caves in New Zealand. This time, however, it is the work of bioluminescent worms (glowworm) that illuminate the place, for an equally magical result.

A brinicle or frozen finger of death 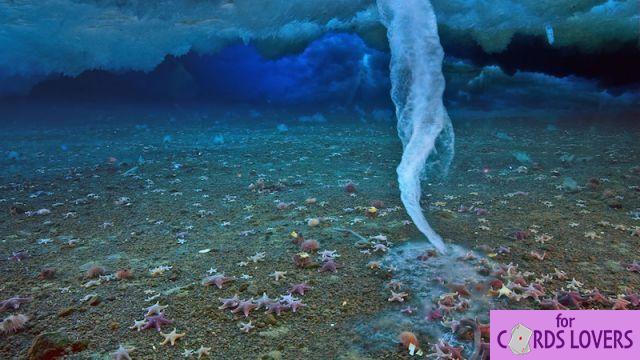 A brinicle is a stalactite of ice that forms in seawater when a stream of extremely cold saltwater (brine) pours down to the ocean floor. As it sinks to the seabed, the water forms a tube of ice that solidifies over time. The phenomenon is also nicknamed the frozen finger of death. 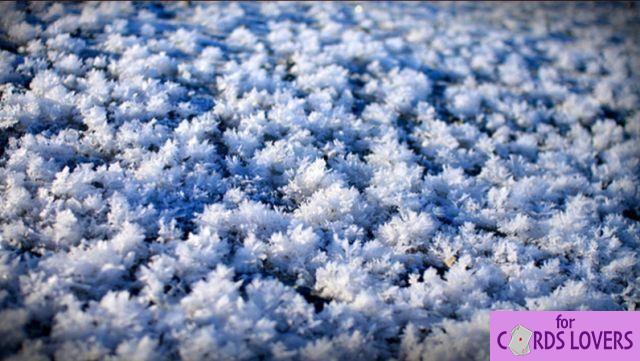 Ice flowers form under very specific weather conditions. These flowers, which are actually clumps of ice, form on the polar seas when water on the surface of fresh ice comes into contact with extremely cold air. A phenomenon of crystallization then occurs, creating these delicate frost formations on the surface of the water. 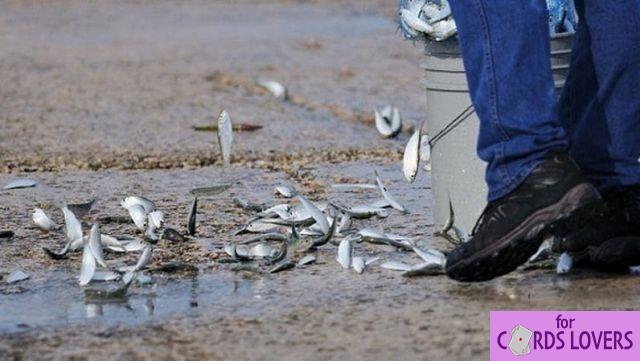 Rains of fish, frogs and sometimes even birds, this is a phenomenon that seems straight out of an apocalyptic story. However, such rains can actually occur thanks to different meteorological phenomena.

According to scientists, a waterspout or a tornado taking place above a body of water can cause these rains. The cyclone can indeed suck up fish, frogs and company, transporting them thanks to its powerful winds before releasing the catches suddenly, often still alive, on a localized point.

Do you want more? Discover 10 destinations as unusual as they are magnificent and 10 phenomena that science is still struggling to explain.

add a comment of 10 natural phenomena explained by science