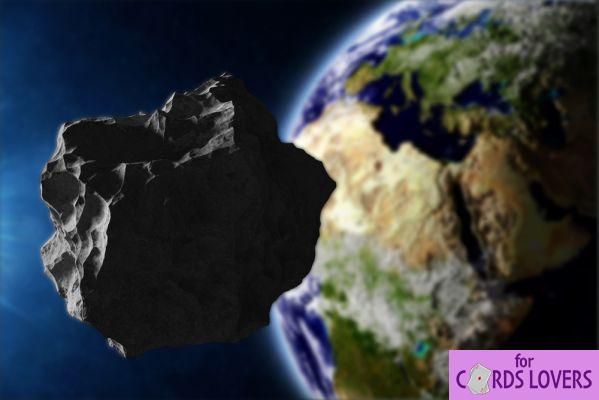 Fearing a cosmic impact, NASA will go on a mission in 2020 to deflect an asteroid from its path. Enough to feed, until then, the theories of the 10% of Canadians who believe in the imminence of the end of the world !

The organization will again fly into space to deviate from its route the binary asteroid Didymos, which has a body 780 m in diameter. To get there, NASA will crash into Didymoon, a moon that orbits Didymos, whose size of 160 m is equivalent to the height of the pyramid of Cheops.

The impact of the probe is expected in October 2022, at a speed of about six kilometers per second. If the operation works, Didymoon will be considered the first object in the solar system to have been diverted from its orbit in a measurable way by human effort.

This new mission, called Double Asteroid Redirection Test (DART), is also "the first demonstration of the technique of kinetic impact to change the movement of an asteroid in space", can we read on the site of the Nasa. It will be done in collaboration with the European Space Agency (ESA), which will study in 2026 the consequences of the collision.

“The overall results of both missions should provide a basis for planning future planetary defense strategies, offering insight into the type of force needed to shift the orbit of any incoming asteroids, and better understanding how this technique could be applied if a threat real were to happen”, is it explained on the site of the European Space Agency.

Indeed, DART is more about performing tests than protecting Earth itself. Although the risks of a cosmic impact with Didymos are not zero, they nevertheless remain very low.

The Myrtles Plantation, the most haunted place in the United States ❯

add a comment of The end of the world in October 2022: do you believe it?