All the Meanings of the Fool Tarot Card

All the Meanings of the Fool Tarot Card:

The Tarot Fool is a special card in the deck. It does not have a number, it stands out by this specificity but moreover, the Fool seems to turn its back and disinterested in everything. What is Fool looking for? What is he thinking about? To know how to understand the Tarot card and get the best out of it, read the meaning of the Fool below.

Description of the Fool Tarot card 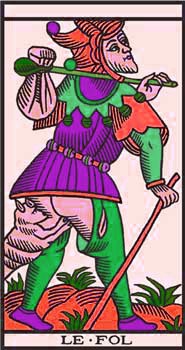 The Tarot Fool card is a card without a number. In this, it contains the unlimited potential of the entire Tarot.

It does not have a specific place because it can be found in any place in the Tarot. It can be considered as the Tarot's traveler.

He walks with a determined step to our right showing the quest for the unknown.

His mind is free, just carrying a bundle and a stick. The dog that seems to be attached to his purse represents either an attachment to the past or the freedom to move forward. He is prepared in his quest because he leaves with luggage, even if it is light.

The Tarot Fool card is an extraordinary card if you have special plans or wishes. It is also perfect if you are going through a transformation of any kind. It is also a perfect card to meditate on when you need to call upon your inner wisdom to help you put in place things that are important to you.


To free yourself from your internal fears, to face the unknown with confidence, meditate with the Fool card.

Making decisions, another aspect of The Fool 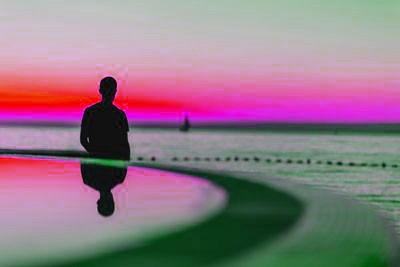 The Fool card is a potential card. It represents all the possibilities offered but not yet realized. In the arcana of the Tarot de Marseille, the Fool is in a favorable draw for all kinds of businesses, all new projects. Indeed, it announces change, the departure towards the unknown.

The card of the Tarot du Fool may also represent choices. But these choices are different from those presented by the Lover's card.

If you have to make a decision or find yourself in a period of uncertainty, the Fool encourages you to believe in yourself and your potential.

He also announces displacements, unexpected events. Thus, Le Fool du Tarot promotes strong sensations. The consultant can then have a stroke of luck, a favorable situation but of short duration. Only the intuition can give the good way, the good way. The consultant stands out by his originality, by an extravagant personality. He is dynamic and full of energy, he seems tireless. He knows how to make the right choices even if they are painful. Generally speaking, this card also symbolizes travel and displacement.

You must accept to listen to your heart whatever the consequences. This is the moment to believe in yourself and to have faith in what the Universe offers you.

Key phrases of the Fool in the Tarot of Marseille

In this case and if this is confirmed by the neighboring cards, Fool becomes violent and impetuous.

Emotions are strong, feelings are heightened. Thus, the desire for adventure is at its peak, it can lead to destruction. Aggression and violence can degenerate into annihilation. In other cases it can mean the opposite, insecurity, fear of moving, immobility.

The consultant can be the prey of obsessions, manias, psychological problems, he can be subject to head blows, he can end up losing his freedom subject to vices or obsessive behaviours.

Sudden changes in situations, events and unexpected surprises to be grasped before it's too late. The consultant becomes courageous, fearless, fearless, confident, as if helped by dark forces. The Devil always symbolizes recklessness.

You want to be free, be original, learn Tarot with individual lessons.

Here is an aspect of the Fool card in story form. To understand Fool's behaviours and why sometimes there is a lack of understanding, for example in a love relationship...

The reverse side of the Tarot Fool card will often be related to the psychological sphere.

The card will be reinforced with other cards, (especially in association with cards like the Devil or the House of God or the Force), whims, and inconsistency.

You draw the cards thinking of one person in particular:

Go on an adventure, something positive will always come out of it.

The Fool and the Dead

This name is quite logical if we think that the dead are innumerable. It is therefore quite logical in this hypothesis that Fool does not carry numbers. (just as the Arcanum without a Name does not have a name because death is unspeakable).

Fool resembles an unconscious person who goes through all the stages of life. The card shows a man holding a stick in his right hand and a bundle on his shoulder, he moves to the right with a determined step, he seems to have left to explore unknown countries, he is gone for a long time and to travel great distances as his bundle attests. He sets off on his adventure alone.

His yellow stick (symbolism of colours) marks the energy he draws from the earth in a relationship of divine essence.

Clothes are multi-layered, he cultivates his difference, he is out of the norm and therefore rejected by others. The majority colours blue and red however clearly show that there is a lot of energy in the character and also a quest for spirituality.

He is vigorous and full of energy as reflected in his long strides and the red colour of his feet. His feet are powerful and lead him where he wants, the Fool is free, he is not constrained by anyone and he moves with determination.

Characteristics of the Fool card

In spite of everything he wears a yellow hat which shows that he possesses an intelligence that comes from the divine, he is enlightened, he has acquired a higher level of knowledge, just like the Pope, he goes beyond the arcane, his spirituality is of a higher order.

The Fool carries a flesh-coloured pouch at the end of a stick on his shoulder. We do not know its contents. This content could perhaps be revealed to us by Le Bateleur when he spreads the contents of his bag on the table, but of course this remains a hypothesis that depends on the place given to the Fool in the game: either before Le Bateleur, or at the end after the World, which could be much the same thing if we arrange the tarot in a circle.

The Fool is accompanied by a dog, this animal which is on his left but which walks to the right seems to push him forward. On the other hand, this dog does not appear in its entirety and therefore seems itself pushed by something we do not see. It is undoubtedly this something that also pushes Le Fool to leave, to make his quest.

The pants are torn on one side, the dog seems to have snagged them. The animal is flesh-coloured (symbolism of colours). Does it symbolize the bad impulses of men, the aggressiveness and rejection of the latter towards the character. Or is it the healing dog that heals his wound by licking it?
The Fool is excluded, he is wounded, he is different from the others, he exposes his wound.

It is from this angle that Le Fool is the card of all the excluded, the marginalized, the vagrants, the misunderstood, the unloved. He possesses nothing, only a bundle with which he leaves for the unknown.

He is opposed to all the riches of the world and to those who hold them and to power and the established order.